Akar digs in his heels on S-400s, says Ankara responds to Greek ‘illegal actions’ ‘through diplomacy, on the ground’ 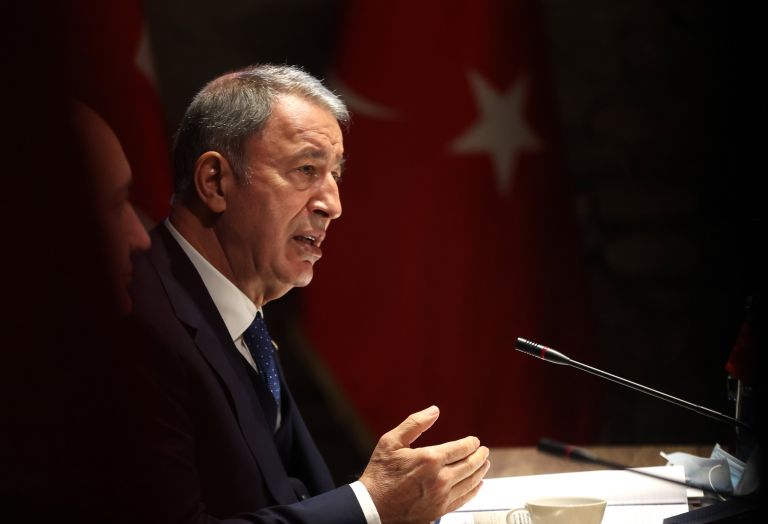 Ankara has systematically encroached on the Exclusive Economic Zones (EEZs) of Cyprus and Greece, including through the 2019 Libya-Turkey agreement on the delimitation of the two countries’ maritime zones, that has been condemned internationally.

Testifying before the legislature’s Committee on Planning and Budget regarding military spending in the 2022 budget, Akar referred to Greek “illegal actions”, as regards tensions in the Eastern Mediterranean, to Ankara’s procurement of Russian S-400 missile systems, and to Turkey’s intention of procuring F-16 fighter jets from the US.

Ankara has systematically encroached on the Exclusive Economic Zones (EEZs) of Cyprus and Greece, including through the 2019 Libya-Turkey agreement on the delimitation of the two countries’ maritime zones (that are not even contiguous), which has been condemned as a blatant violation of international law, both by regional countries and by the US, Russia, France, and Germany.

The S-400s are one of the most important reasons for the big chill in US-Turkey relations. Their procurement by Ankara was the reason Turkey was kicked out of the Lockheed Martin F-35 next generation fighter jet programme.

Ankara hopes to retrieve the 1.4bn dollars that it has already paid for the F-35s by buying less expensive F-16 fighters and modernising its existing fleet of F-16s. Yet, even that proposal may well come up against resistance in the US Congress, as Turkey has said it seeks to purchase yet another batch of S-400s from Russia.

“We are decisive, persistent, and capable of protecting both our own rights and interests and those of the TRNC (the occupation regime in Turkish-occupied northern Cyprus) in the Aegean and the Eastern Mediterranean,” Akar said.

“We earnestly want problems between us and Greece to be resolved in accordance with international law, with peaceful means, in the framework of good neighbourly relations. In that context, we invited the Greek delegation to Ankara for the fourth round of talks on confidence-building measures,” Akar said.

Akar dug in his heels in the face of exceptionally strong American pressure on Turkey not to incorporate Russian S-400s in its arsenal.

“The S-400s are defence missile systems. Just as the S-300s are used within the NATO Alliance, the S-400s will be used and can be used in the same way by us,” Akar said, without clarifying whether Ankara intends to store the missile systems or activate them.

Regarding the procurement of F-16 fighter jets, Akar said, “In the event that the stance of the US is negative, Turkey naturally must examine alternatives in order to ensure its security in the threatening environment in which it finds itself.”

Akar declared that Greece is involved in illegal actions.

“Despite our calls in good faith for dialogue, all types of unjust and illegal actions of Greece are answered on the level of diplomacy and on the ground, in a framework of mutuality,” he said.