A scale model of the 45-storey high-rise and real estate specifications was unveiled just three months ago. 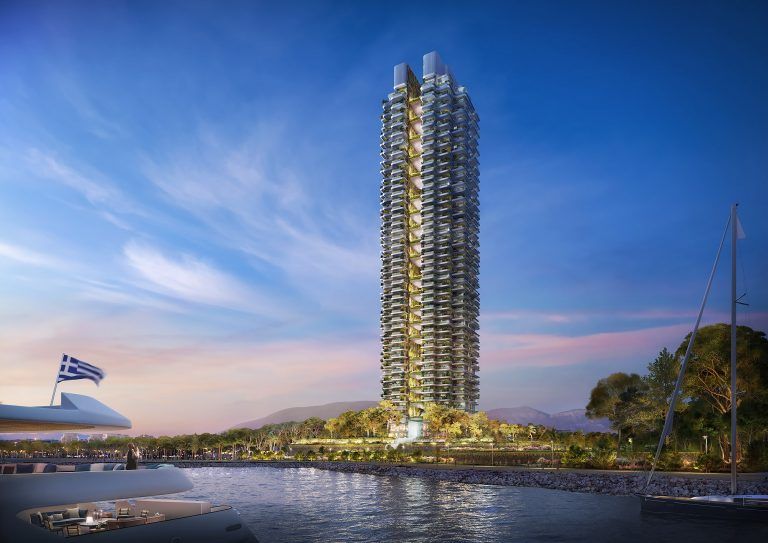 The majority of residential space for the future Marina Tower, the first high-rise unveiled by Lamda Development for its landmark Helleniko privatization in coastal southeast Athens – which it calls “The Ellinikon” – has been sold, the property developer announced.

A scale model of the 45-storey high-rise and real estate specifications was unveiled just three months ago.

According to information seen by OT, only a few units remain on the market. The same sources said prices hover from between 7,500 euros per square meter to as high as 26,200 euros, with the priciest units, as expected, being above the 30th floor.

High demand is seen for multi-bedroom units that also include a private pool.

The new high-rise, one of six that Lamda can erect on the massive coastal tract where the old Athens airport once operated, is billed as a “green” structure, expected to include the most advanced environment-friendly technology and building specifications.