US-Greece relations are at the best level ever and the major bilateral defence agreement seals the relationship, Foreign Minister Nikos Dendias maintained in a no-holds-barred interview with To Vima just days his departure for Washington. 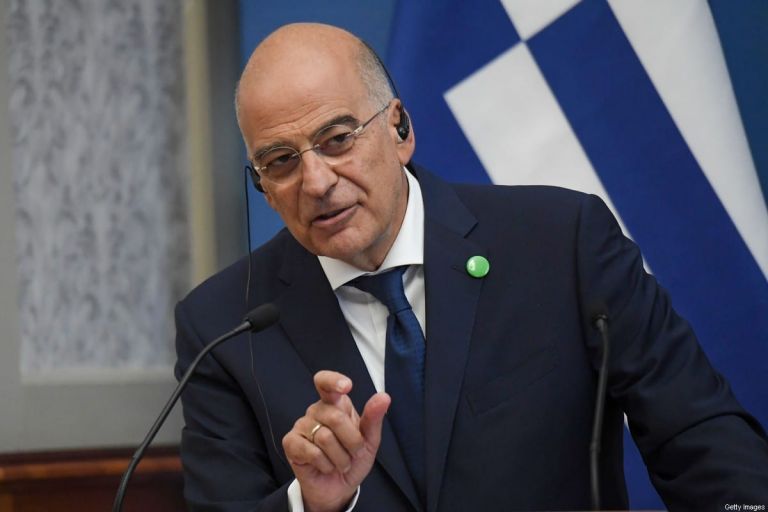 US-Greece relations are at the best level ever and the major bilateral defence agreement seals the relationship, Foreign Minister Nikos Dendias maintained in a no-holds-barred interview with To Vima just days before his departure for Washington.

Dendias touted the fact that even as the US adjusts its international presence it chose to remain in Greece, and he delicately confirmed that the Mutual Defence Cooperation Agreement (MDCA) has been renewed for five years and that thereafter it will be in effect indefinitely.

He is optimistic about the prospect of US Secretary of State Anthony Blinken, in his letter that will accompany the renewal agreement, making three points that Greece considers to be very important.

You will be traveling to Washington in a few days to sign yet another revision of the US-Greece Mutual Defence Cooperation Agreement. What has changed since the last revision in 2019?

I am going to Washington to meet with my American counterpart, Anthony Blinken, and for the launch of the Strategic Dialogue. In that framework, we are to sign the second, revised protocol of the MDCA. Over the last two years there were three important changes that rendered mandatory the revision of the agreement that was signed two years ago.

Firstly, the strategic relationship with the US has reached another level. It has reached a pinnacle. The new agreement seals this unique relationship, which is complemented with the relations we have developed with our northern neighbours, with countries of the Middle East, and with European countries such as France – and more are coming.

Secondly, the security environment in our region has suddenly changed. Unfortunately, Turkey provokes on an almost daily basis. Let us not forget the events at Evros [when Ankara tried to push hundreds of migrants over the border into Greece] and the Oruc Reis [the Turkish seismic research vessel violating the EEZs of Cyprus and Greece]. Of course, the threat of war with Turkey has been maintained, as Turkey has the largest landing craft fleet of the Mediterranean [Fourth Army or “Aegean Army”], adjacent to the Aegean islands.

Thirdly, the American strategic and military imprint is being altered and shifted. The US is now investing in a temporary presence on the territory of foreign countries, not permanent bases as in previous decades. It is simultaneously distancing itself from Europe. The focus of their interest is the Indo-Pacific, as the recent agreement with Australia and the UK demonstrated. European countries are now disposed to pay to maintain the American presence on their territory.

Greece is an exception to this trend, which reflects the interest of the US in the strategic position of our country and the stabilising role we play in the wider region.

We have heard that the American side initially submitted a list of 20 locations. However, the Americans backed off and not even [the island of] Skyros, about which there were hopes, is on the list. What is the outcome?

Permit me not to comment on the American position. Indeed, negotiations were difficult. From our vantage point, there was a harmonious cooperation between the foreign ministries and the defence ministries. The corresponding American ministries are on their own huge bureaucratic mechanisms with their own priorities and shifts in their stance. In the end, however, we achieved a result that is mutually beneficial.

There were proposals for various other locations from the American side which it appears are not being examined at this stage. One should underline, however, that the agreement leaves open the possibility of adding other locations in the future. What is important in the end is the result, as it stands, which is the selection of four new military locations. That choice increases the American strategic and military imprint in our country, and it is combined with other agreements we have signed in the last two years in order to fortify Greece against any manner of foreign threat. The locations themselves are significant. One is near the land borders with Turkey. Taking into account the events at Evros, one need not say more regarding its significance.

I shall add two more important elements. Alexandroupolis, with the creation of a floating Liquefied Natural Gas (LNG) terminal, is being transformed into an energy hub for the Western Balkans and the broader region of Central and Eastern Europe. That is of particular interest to both the US and the EU.

Moreover, the choice of a location has to do with the capacity for the rapid transport and stationing of American forces in Bulgaria and Romania, circumventing the Straits. The US recognises the strategic position of Greece and appears to have doubts concerning Turkey. I remind you that one of the biggest American military exercises was conducted in the region. The other island location will facilitate bolstering the presence and rapid development of the American and Hellenic Navies in the Eastern Mediterranean. These locations will be under Greek control. They will be used by both American and Greek forces. Hence, the investments that will be made by the American side benefit both countries.

Duration of the Agreement

That brings us to the duration of the agreement. The American side from the start requested a five-year extension, so as have the prospect of stability and for Congress to disburse funding for the modernisation of the facilities. As Prime Minister Kyriakos Mitsotakis stated, we are in principle positive about that prospect. I remind you that the original agreement in 1990 had an eight-year duration and since then it has been renewed annually by all governments without exception and without delay.

Yet another round of exploratory talks was conducted recently in Ankara. I want to ask you directly, are we talking with the Turks just for the sake of talking?

As long as Turkey threatens our country with war, the well-known casus belli, has an enormous landing craft fleet right across from us, demands the demilitarisation of our islands, invokes an illegal and null agreement [Turkey-Libya EEZ Delimitation Memorandum] to justify its actions, propagates the expansionist ideology of the “Blue Motherland”, and ignores fundamental rules of international law, the prospects of a constructive dialogue are minimal or even nil. Certainly, even under these conditions, there is a need for a channel of communication, if for nothing else in order to avoid misunderstandings.

US ‘guarantee’ of Greece’s territorial integrity

In the past, US Secretaries of State, Henry Kissinger and Mike Pompeo, sent letters that described a sort of “guarantee” of the territorial integrity and sovereignty of Greece. Are you pursuing a renewal of this “guarantee”?

Allow me to make two observations. Firstly, the Kissinger letter, which was a reply to Greek foreign minister Dimitris Bitsios, is formally still in effect. However, it was part of an entirely different Cold War framework, and came two years after the [Turkish] invasion of Cyprus. Hence, it is not a measure of comparison with today’s realities.

Secondly, perhaps due to the length of time that has passed, the letter has taken on almost mythical dimensions that are not necessarily reflected in the text.

The Pompeo letter of January, 2020, goes much further, as it refers to Greece as a “key ally” in the region and contains a “commitment to support the prosperity, security, and democracy of Greece”. I cannot speak in detail on the content of the letter of the US Secretary of State that will accompany the protocol and that will essentially constitute a unilateral political commitment on the part of the US. It is expected to include at least three points of decisive importance, based as always on international law.

There has been an unprecedented flowering of Greece-US relations over the last years. Athens has certain very close allies in Washington – especially in Congress. However, there are circles that believe that despite its flirt with Moscow, Turkey should not be “lost”. What do you believe?

Congress is at least one step ahead of the government. Let me remind you of the Eastern Mediterranean [Security and Partnership] Act of 2019, and the bill regarding defence cooperation which provides, inter alia, for our participation in the F-35 [fighter jet] programme. Parallel to that, it has a particularly critical stance toward Turkey.

A more recent example is the introduction of an amendment charging the State Department with the drafting of a report about the [Turkish ultra-nationalist] “Grey Wolves”, which triggered an intense Turkish reaction. Senator [Robert] Menendez has played a decisive role, but he is not alone. In Washington, I shall meet with members of Congress and members of the Greek-American Community who play a leading role in promoting our positions. Yet, it is a fact that officials of the State Department and the Department of Defence continue to deal with Turkey with a Cold War approach as a counter-weight to Russia, as in Syria and Libya for example. That is based on the image of a secular and Western-oriented country, as it was two decades ago, without fully taking into account the radical changes that have occurred.

‘Storm troops were not, are not, and will not be tolerated’

Recently you had a skirmish in Parliament with Konstantinos Bogdanos. The said MP is no longer in the New Democracy parliamentary group, but I think you will agree that we are seeing a resurgence in the extreme right. Given the experience with Golden Dawn, what is your position?

New Democracy is separated by a political, ideological, and values abyss from Golden Dawn. The New Democracy government and I personally as a minister clashed with the neo-Nazi grouping, with the well-known actions of the judiciary. I will agree with you, without linking it in any way to Bogdanos’ position, that one observes of late a revival of illegal activities in the extreme right from imitators or branches of Golden Dawn which obviously want to exploit the insecurity that the pandemic and the widespread dissemination of conspiracy theories has engendered in a segment of the population. Beyond the reaction of the competent state organs, which has already occurred and I am certain will continue to exist, the fact is that we are dealing with a challenge that we all have a duty to respond to collectively, as a political system and as Greek society. As I have noted, the storm troops were not, are not, and will not be tolerated in our country. That stands true regardless of what they are called.