Editorial: As it turns out, the newspapers were right

In Greece, the “new Left” of Syriza leader Alexis Tsipras and its odd political bedfellow, a nationalist junior coalition partner, did everything in their power to conquer the traditional bastions of news and information. 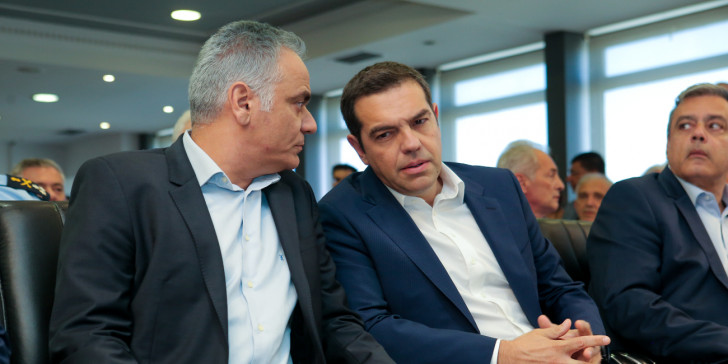 The so-called systemic press – mainly traditional newspapers – were treated as the greatest evil by supposedly anti-systemic forces when the previous, decade-long financial crisis struck both in Greece and around the world.

Many revisionist political forces and leaders have resorted to using oversimplified tools for interpreting the international financial crisis in order to fashion a climate of generalised distrust of the press, and especially of those outlets with a diachronic influence on public opinion.

For them the great economic crisis was simply the result of the sins of banks which are supposedly being protected by a press corruptly entwined with vested interests and eager to preserve its privileged position with banks.

They made no reference to fiscal profligacy or to overly-indebted states, businesses and private individuals.

They simply cultivated policies of hatred and conflict with the old political forces and of slander of the systemic press in order to curb its influence or to conquer and manipulate it.

It is noteworthy that most revisionist political forces treated traditional publications in the same manner.

In Greece, the “new Left” of Syriza leader Alexis Tsipras and its odd political bedfellow, a nationalist junior coalition partner, did everything in their power to conquer the traditional bastions of news and information.

With time the press became a fetish for Tsipras who displayed an existential obsession that continues to guide him as main opposition leader.

The latest example of this obsession was a recent Syriza television ad whose creators engaged in undemocratic generalisations about journalists who are all supposedly on the take. Such accusations of collective guilt are a remnant of past, far-right political tactics and effectively serve to shield the real bad apples in journalism by suggesting that all journalists are corrupt and being bribed.

When one examines the arguments of these revisionist forces one comes upon more of their sins than those of the allegedly one-sided, biased press.

In the first phase of Greece’s bankruptcy and the first bailout programme it became clear that the “systemic press” was right in insisting that without Greece assuming responsibility for its debt there is no salvation.

Those who insisted that a disorderly default and a clash with creditors would better ensure Greece’s survival were proven dead wrong.

Later, traditional newspapers were again right in calling on then PM Tsipras to negotiate with Greece’s European partners rather than follow the tack of his finance minister who challenged the need for the country to completely meet its international obligations.

In the infamous July, 2015 referendum on whether to accept the EU’s bailout offer it was the systemic press that backed the “We’re staying in Europe” movement, the side that pushed for the government to accept the bailout deal.

Again, those who advocated a clash with creditors and Grexit were proven wrong.

In the current public health crisis, the same circles are again underestimating the role of the systemic press.

Without the contribution of these systemic news outlets, their staunch support for social distancing measures, their scientific approach to reporting on the virus, and the risks taken by journalists who were on the frontline during the epidemic, the results would not have been what we have today.

The press and news outlets indisputably played a decisive role in tempering the effects of the Covid-19 pandemic.

That is the big picture which has been lost due to the arbitrarily selective doling out of advertising euros by Government Spokesman and minister Petsas.

Ignoring this entire huge effort Mr. Tsipras and his communication team in Syriza chose to put all journalists in the same bag and subject them to hostile generalisations and oversimplifications that are more reminiscent of other (right-wing) political forces of the past and have nothing to do with any semblance of a truly left-wing party.

One would have expected of Syriza and its leader to conduct themselves with greater maturity after having held power for five years.

Their obsession with divisive and hostile practices reveals that they are trapped and have been marginalised in a manner that makes Tsipras’ hopes of reviving and restructuring his party, at least for now, a pipe dream.