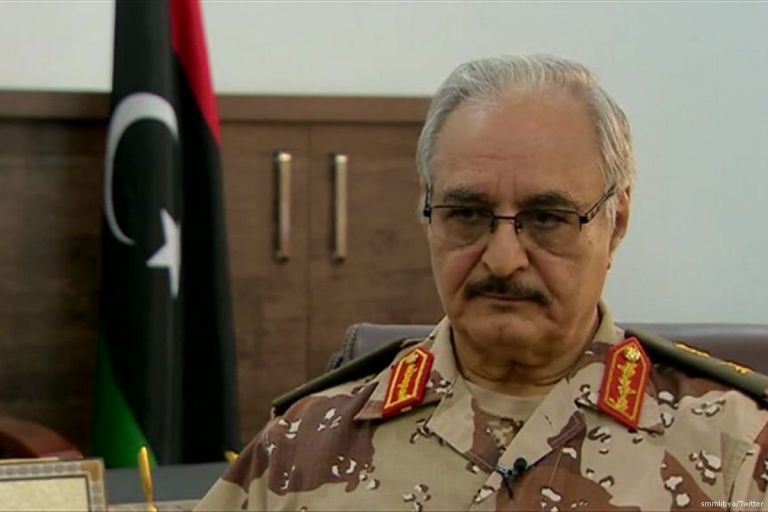 The Greek government has offered to send a peace-keeping force once the internecine conflict has ended. That would reportedly involve sending a ship to Libya to help manage the migrant crisis.

If the geopolitical volatility in the Balkans before WWI led to its description as the powder keg or tinder box of Europe, today the same may be said of the Southeastern Mediterranean but on a more expansive geographic scale, drawing in the US.

The fluidity of the volatile chess game – the object of which is influence over the rich oil and gas deposits of the Mediterranean and of Libya – is such that the tables can literally be turned overnight.

While Ankara was trumpeting its intention to send troops and air and sea cover for the UN-recognised Sarraj government in Tripoli (Ankara has already sent at least 2,000  Islamist Syrian fighters, many linked to terrorism), the 19 January Berlin Conference on Syria decided on a stricter enforcement of the UN-sanctioned arms embargo on Libya and a multi-national force to oversee a prospective peace deal, which puts a damper on Turkish President Recep Tayyip Erdogan to establish a legitimate geopolitical foothold in Libya.

Greece reportedly received assurances that it will be invited to future conferences.

The Greek government has offered to send a peace-keeping force once the internecine conflict has ended. That involves sending  a contingent to Libya in the context of Operation Sophia, the  European Union Naval Force Mediterranean (EU NAVFOR Med), a military operation that was established initially in 2015 to help manage the migrant crisis.

Now it will continue that mission while also participating in enforcement of the arms embargo.

While rejoicing in a fragile cease fire, the conclusions of the Berlin Conference stressed the strictness of the arms embargo:

“18. We commit to unequivocally and fully respect and implement the arms embargo established by United Nations Security Council Resolution 1970 (2011) and the Council’s subsequent Resolutions, including the proliferation of arms from Libya, and call on all international actors to do the same.

Ankara’s heightened interest in Libya (and propping up PM Fayez al-Sarraj) and its conflict with Greece vis a vis Libya is in large measure linked to Erdogan’s EEZ delimitation deal with the recognised but embattled Libyan PM.

The MOU expropriates a large chunk of Greece’s EEZ with the specious argument that islands such as Crete (which is much closer to Libya than any EU state or Turkey) have no EEZ.

The 1982 UN Convention on the Law of the Sea clearly recognises that islands have an EEZ.

That was declared as well last week by the US State Department, which has denounced Turkish involvement in Syria.

While German Chancellor Angela Merkel ignored the protestation of EU partner Greece to attend the Libya Conference as Greece’s vital interests are at stake due to the Turkey-Libya EEZ MOU, Athens has made a series of moves to establish a presence in the crucial region (Libya and Greece do have legitimate maritime borders).

The first was to invite to Athens on 17 January Sarraj’s rival, Field Marshal Khalif Haftar who also resents Turkey’s presence in Libya and considers the Ankara-Tripoli MOU null and void.

While Turkey wants to prop up al Sarraj Erdogan’s close ally Vladimir Putin is openly backing Haftar and the US has a similar stance.

The main players at the Berlin Conference were the US (which has no presence in Libya), Russia, France and Italy, the latter two having long vied for influence in Libya.

French President Emmanuel Macron has been Greece’s staunchest supporter on the Turkey Libya deal, and he plans to demonstrate this on the military front by sending the aircraft carrier Charles de Gaulle south of Crete where

Turkish President Tayyip Erdogan accused Greece of adopting a rationale of revanchism. He lashed out on 20 January at PM Kyriakos Mitsotakis and said that he not playing the game right and that he is taking wrong steps that impact on Greek-Turkish relations.