While the report notes the Tsipras government’s social spending and feverish efforts to argue that the country has returned to a period of normalcy, interviewees painted quite another picture. 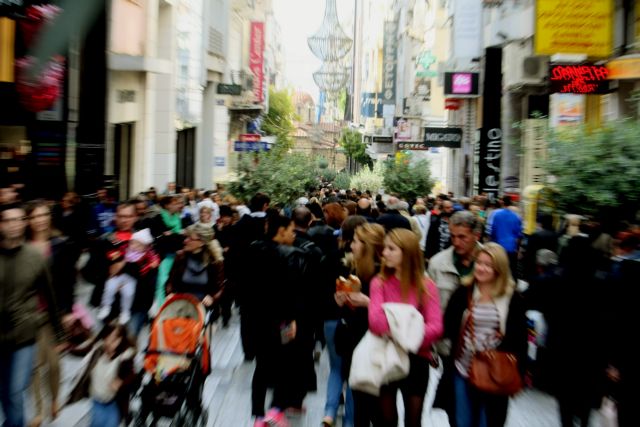 In an illuminating expose on the causes, evolution, and social impact of Greece’s decade-long economic crisis, CNBC reports from Greece that society sees little light at the end of the tunnel and that an atmosphere of  pessimism prevails

“I still think the crisis exists. It’s more than in one field now, (it’s) not only (a) financial crisis, but it’s a crisis of our values … I don’t think it’s better now … it is really a stressful period for Greece,” Stavros Dimopoulos, a 23-year-old university student told CNBC in Athens.

While the report notes the Tsipras government’s social spending and feverish efforts to argue that the country has returned to a period of normalcy, interviewees painted quite another picture.

“We love our city, we love our weather, we love the Greek people, but we are scared and afraid in a way, because the situation is not that good. We have to try harder and harder to make our own money … Sometimes we are talking (about going) abroad: If it is going to be better for us to leave Greece or if it is going to be better to stay in Greece and try harder. It is in our minds.” the university student said, reflecting the mentality that is pervasive in his generation.

The report notes that despite three years of [weak] growth, the improvement has not trickled down and has made little difference in most Greeks’ financial situation and lives.

Beyond the economic data, the report appears to rely on chance man-on the street interviews. Most cited the looming problems of unemployment and over-taxation, as well as the need for structural reforms.

“Some people have good jobs if they are in the civil service, but the others are suffering, they are paying like 85 percent taxes, which is very hard to get by. You risk losing your house if you don’t have enough money to pay the taxes. The long term is hard, we just have to smile, pretend,” a 57-year-old identified only as Nikolas told CNBC.

Then it quotes a 45-year-old man identified as Kostas who said,“I don’t think the problem of Greece are the taxes, the problem of Greece is the structure of the economy, the way Greek companies are working and that the majority (of them) are too small. Without big companies we cannot improve our economy. There is an improvement in the economy, but if you are at the bottom … You cannot go even worse,” he said.

Interviewees also indicated that they harbour few hopes that things will improve under a government led by New Democracy, which maintains a double-digit lead over SYRIZA in most polls.

“I don’t believe it will help, no, any government will do the same thing,” Effie, a fashion designer, told CNBC.

Kostas told the network that a new government would do little to redirect the country’s path. “We are under the idea that there is no alternative. It will be a bit difficult to say that something will change (with the election).”