The majority on the ratification vote was comprised of SYRIZA’s 145 MPs and eight more independents. 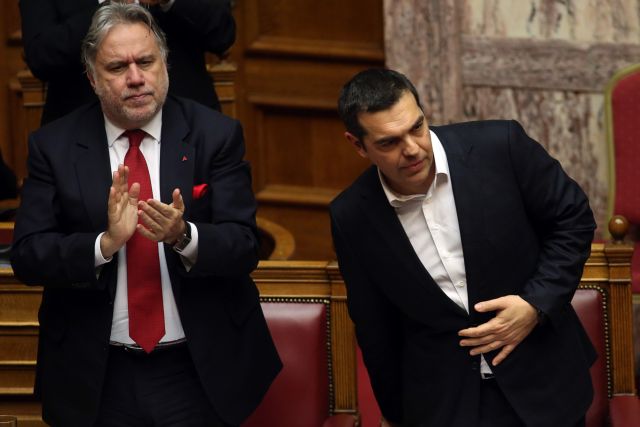 The Greek Parliament ratified the protocol permitting the accession to Nato of the newly renamed Republic of North Macdedonia as the 30th member of the Alliance.

The vote put a definitive end to a nearly three decades-long dispute that thwarted Skopje’s Nato and EU accession process, as unanimity is needed for admission to both intrernational organisations and Athens always demanded a mutually acceptable settlement of the naming issue. Both Nato and the EU always accepted that conditionality.

The protocol – tabled in Parliament with the title “Ratification of the Protocol to the North Atlantic Treaty for the Accession of the Republic of North Macedonia” – was ratified by an absolute majority of 153 votes in the 300-seat legislature.

The majority in the ratification vote was comprised of SYRIZA’s 145 MPs and eight more independents including MPs of the former Potami party parliamentary group, which was dissolved when its number of MPs fell below five, the minimum number to constitute a recognised parliamentary group. The party was torn apart by disputes over the Prespa Agreement and Stavros Theodorakis’ leadership.