Lazaridis cited opposition to the Greece-FYROM naming agreement as the reason for leaving the party’s parliamentary group. 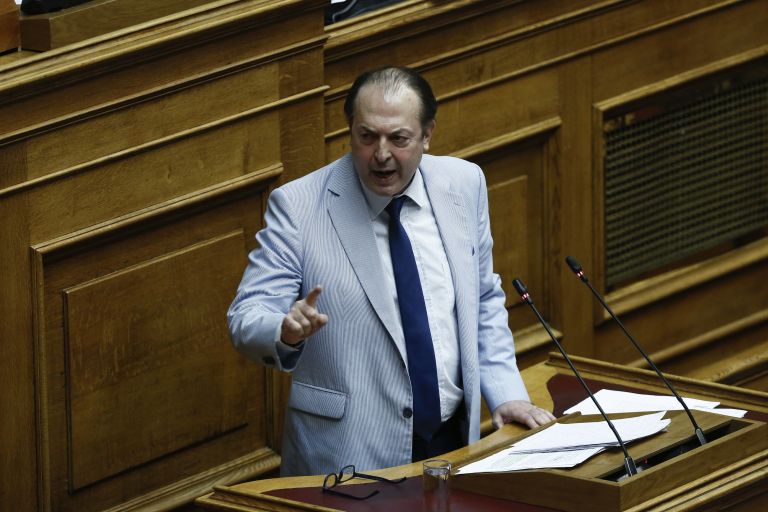 Lazaridis cited opposition to the Greece-FYROM naming agreement as the reason for leaving the party’s parliamentary group.

Party leader Panos Kammenos, who is also defence minister, has vowed that his party will not ratify the accord. But he supported the government in the recent no confidence vote tabled by New Democracy to topple the government and block the signing of the agreement.

Lazaridis said he had received threats demanding that he vote down the government in the no confidence vote, but he did not.

In a letter to the parliament speaker, he underlines that the Thessaloniki district he represents is so vehemently against the accord that he could not bear the weight of the decision.

Lazaridis departure leaves the Independent Greeks with just seven MPs, while SYRIZA has 145.

It comes straight on the heels of MP Dimitris Kammenos’ expulsion from the party, because he voted to topple the government.

‘Pressures’ to abandon the party

The “Committee for the Greekness of Macedonia” had asked citizens to contact Lazaridis and pressure him to leave the party that put him on its ballots.

“The Independent Greeks MP representing Thessaloniki’s Second District, Yorgos Lazaridis was elected to parliament due to the mass support that he has from religious people. Today, these people are asking him to become an independent.

By becoming an independent, he will hasten the end of the anti-Greek government of Alexis Tsipras, who sold out the sacred name of Macedonia.”

The party’s spokesperson, Madalena Papadopoulou, and at least three provincial party officials abandoned the party due to the FYROM naming accord.