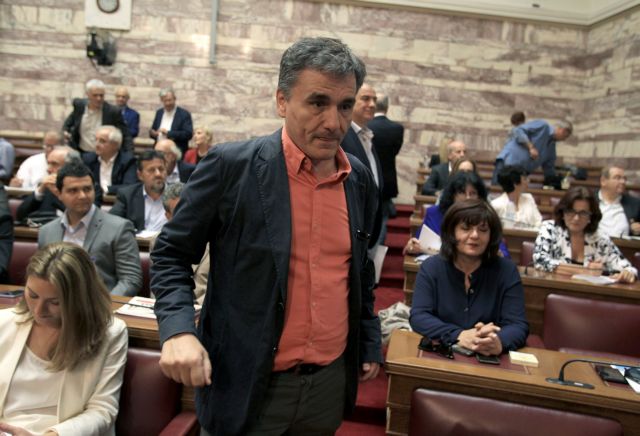 The draft of the budget for 2016 that was submitted in Parliament on Monday includes additional taxes and expense cuts for pension funds, which will result in pension cuts.

The fiscal targets, as revised by the Minister of Finances Euclid Tsakalotos, call for 418-million-euro primary deficit (0.24% of GDP) for the general government budget in 2015, while in 2016 the draft provides an 894-millio-euro primary surplus (0.5% of GDP). With a 1.3% of recession and 25.8% unemployment rates for 2016, the government will focus its intervention on tax policy and social insurance.

The Finance Ministry’s draft estimates that the regular budget revenue will amount to about 49.5 billion euros, up by 0.8% (1.4 billion euros) compared to initial estimation for 2015. The changes in tax policy primarily revolve around:

The government’s interventions in social insurance will primarily focus on gradually increasing the age of retirement and penalties for early retirements. The draft also includes provisions to increase pensioner contributions for healthcare, as well as changes so that lump payments are made so that the sustainability of the each pension fund is maintained.

The full draft (in Greek) is available online.