Papadimoulis: “Government will not get to implement the budget” 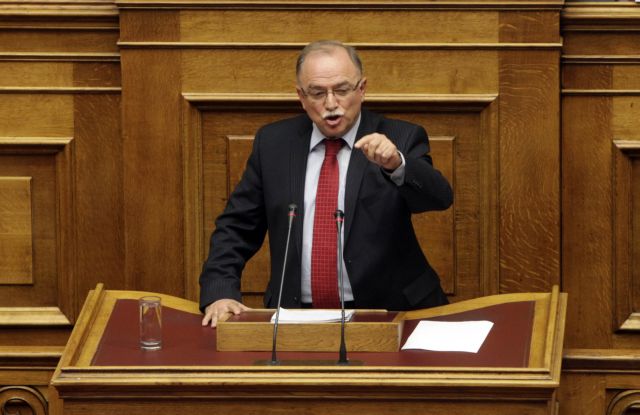 According to SYRIZA MEP Dimitris Papadimoulis (pictured) the coalition government will not get to implement the budget which was presented on Monday morning by Deputy Finance Minister Staikouras in Parliament.

Mr. Papadimoulis commented on ANT1 that the “embellished” budget draft was based on “extremely optimistic predictions” and has not been approved by the troika. He also stressed that the prediction of reducing unemployment from 27.5% to 22% is entirely baseless and “huge bubble, through and through”.

The MEP pointed out that the 30% reduction of the emergency solidarity tax was “bait”, as the coalition government’s prior commitment was to abolish the emergency tax by the end of 2014. Mr. Papadimoulis added the only real cut is that in the heating oil consumption tax “which Samaras and Venizelos raised by 450% and now that they have reduced it by 30%, they are demanding praise”.

The two main problems which the budget does not address for which the PM has committed to, opined Mr. Papadimoulis, are the commitment to high primary surpluses and the non-sustainability of the public debt.