Finance Minister to meet with troika to begin negotiations 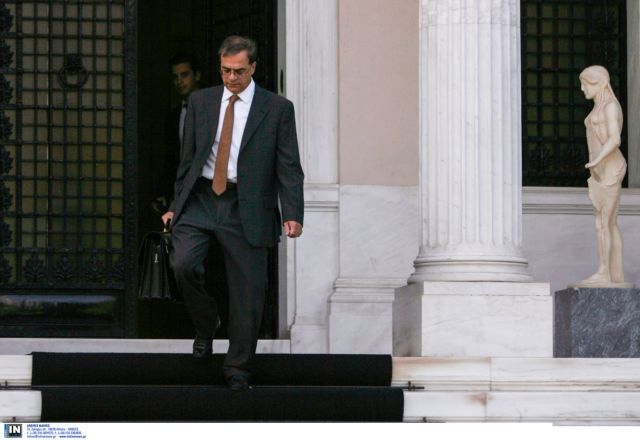 The Minister of Finances Gikas Hardouvelis along with his deputy Christos Staikouras and the Prime Minister’s consultant Stavros Papastavrou are scheduled to meet with the troika at 11:30am on Tuesday, to begin talks regarding the final assessment of the European bailout program.

With the troika having stressed that Greece has yet to complete about 1,000 prior actions, as stipulated in the program, it is very likely that the tripartite will be returning to Athens for further negotiations before the end of the year. An experienced troika officer told tovima.gr that the assessment will be extensive, reflecting estimations of a 2-billion euro budget gap and a further 12-billion-euro funding gap for 2015.

Mr. Hardouvelis’ goal will be to receive approval for tax cuts and relaxation of program’s austerity in 2015, in compliance with the Prime Minister’s recent proclamations. To this end, he will argue that the coalition government has exceeded its bailout goal for a third year running and that Greece has the best fiscal performance in the EU. An unnamed Finance Ministry officer commented that the primary surplus for 2014 will be 1.7% GDP (3 billion euros).

The troika however is basing its divs on the IMF report from June, which predicted a 2-billion-euro budget gap (which in turn has been revised to 2.5 billion euros). The troika also seems determined not to accept reducing goals bellow the 3% GDP mark. The estimations of growth for 2015 will be a main parameter in the negotiations.

The main areas of discussion will be employment relations (and collective dismissals in particular), revising wages in the public sector, reforming the pension and insurance system and addressing the red loans.