Parliament to vote on Michaloliakos’ immunity lift on Wednesday 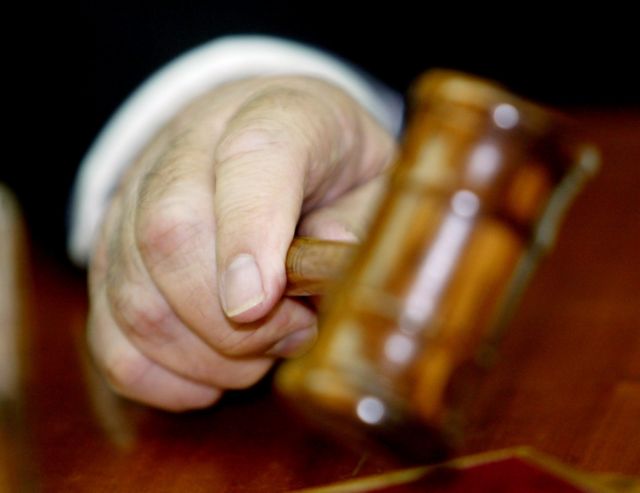 After the former Golden Dawn MP Stathis Boukouras refused to answer any questions relating to the case against the neo-Nazi party, a further five Golden Dawn MPs will face the investigative judges.

The MPs have requested an extension to submit their deposition at a later date, with Germenis expected to appear in court on the 17th of June, Barbarousis on he 18th of June, Gregos on the 19th of June, Zisimopoulos on the 20th of June and Mattheopoulos on the 23rd of June.

On their way out of the courthouse, the MPs told journalists that they were innocent and alleged that their party was being politically persecuted.

The Parliamentary Assembly will convene on Wednesday in order to vote on lifting the parliamentary immunity of Golden Dawn leader Nikos Michaloliakos, who is currently detained at the female wing of the Korydallos prison with other detained MPs of the neo-Nazi party awaiting trial. Michaloliakos is to attend the hearing and will address the case against his party.