«The apparently positive proposals of the EU are the first and vital step to restarting tourism,» Yiannis Retsos, president of the Greek Tourism Confederation (SETE) said in a social media message. 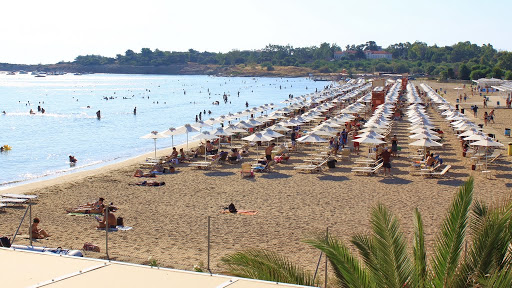 Greek tourism leaders today welcomed the European Commission’s announcements and recommendations on restarting tourism in Europe, and said they confirmed the importance of tourism in country economies.

Amidst fears of a total disaster for the summer tourist season in Greece, the Commission recommended the gradual lifting of restrictions related to the Covid-19 pandemic that have paralysed the key sector, which normally accounts for about 25 percent of Greek GDP.

The tourism sector contributes 10 percent to the EU’s GDP and accounts for 12 percent of its labor force.

«The apparently positive proposals of the EU are the first and vital step to restarting tourism,» Yiannis Retsos, president of the Greek Tourism Confederation (SETE) said in a social media message.

The restart of flights, inter-country agreements to open borders, the support of employment, and the use of liquidity tools will shape the tourism season, he said.

There is also rampant discussion of the need for inter-state agreements to prop up the tourism flow with Israel being one example but it is the countries with the most visitors such as Germany and the UK that will determine the outcome of the season.

Tourism from the US was also on the upswing last year. There were 1.2mn American visitors in 2018.

A country of 11 million, Greece received over 30 million tourists the same year.

Hellenic Chamber of Hotels president Alexandros Vassilikos said that the Commission’s recommendations on Wednesday «emphatically confirm three things: first, the importance of tourism in all European economies; second, the extent and depth of the problems faced by all businesses in the hospitality sector; and third, the urgent need for tourism’s restart.»