The foreign ministers denounced the ongoing Turkish illegal activities in the Cyprus’ EEZ and territorial waters, which they said is a clear violation of the UN’s 1982 Law of the Sea Convention, 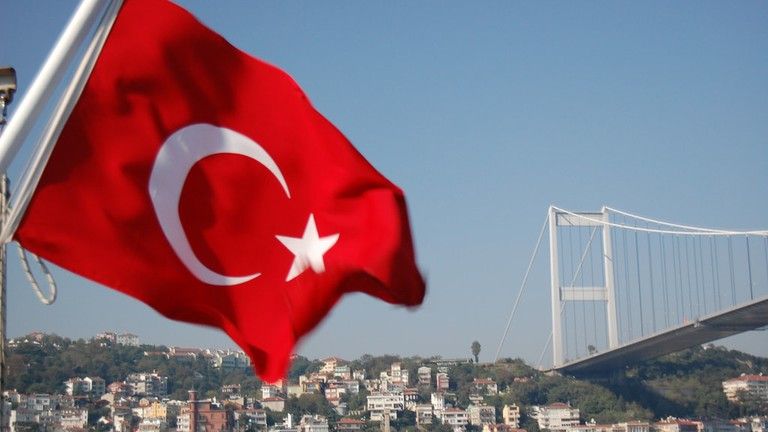 The Foreign Affairs ministers of Greece, Cyprus, Egypt, France and the United Arab Emirates called on Turkey to «fully respect the sovereignty and sovereign rights of all states in their marine zones in the East Mediterranean,» during a teleconference on Monday.

At the meeting to discuss the latest developments in the East Mediterranean, the five ministers also discussed the regional crises threatening the region’s stability.

In a joint declaration, they «expressed their deepest concern over the current escalation and continuous provocative actions» in the region by Turkey.

They denounced the ongoing Turkish illegal activities in Cyprus’ EEZ and territorial waters, which they said is a clear violation of the UN’s 1982 Law of the Sea Convention, noting that recent activity was the sixth attempt by Turkey in less than a year to illegally conduct drilling operations in Cyprus’ maritime zones.

Turkey is not a signatory to the UN convention.

The five foreign ministers also condemned the escalation of Turkey’s violations of Greek national airspace, including overflights of inhabited areas and territorial waters in violation of International Law, and the exploitation by Turkey of refugees and migrants as a battering ram to cross the Greek-Turkish border at Evros.

A video that shows a Turkish Coast Guard Vessel shadowing (or indeed escorting) a migrant boat toward the Eastern Aegean islands of Greece has been aired widely.

Referring to the memorandum signed between Turkey and the Tripoli government in November, 2019, the foreign ministers reiterated that it is a «contravention of international law and of the UN arms embargo in Libya,» and stressed that it undermined regional stability.

«The Memorandum of Understanding on the delimitation of EEZs is utterly ridiculous as the countries have no sea borders except that Ankara submitted Maps to the UN claim a large swathe of Greek EEZ Ankara in the Mediterranean Sea infringes upon the sovereign rights of third states, does not comply with the Law of the Sea and cannot produce any legal consequences for third States,» the five declared.

The ministers expressed regret over the escalation of hostilities in Libya, strongly condemning Turkey’s military interference in the country and urged Turkey to fully respect the UN arms embargo and to stop the transfer of foreign fighters from Syria to Libya.

«These developments constitute a threat to the stability of Libya’s neighbours in Africa as well as in Europe,» they said in their declaration, and called on Libyan parties to observe a truce during the Ηoly Μonth of Ramadan.

Moreover, they stressed their commitment to work towards a comprehensive political solution to the Libyan crisis under the auspices of the United Nations, and expressed their eagerness for the resumption of the meetings of the three tracks of the Berlin process (political, military, economic & financial).