Inching toward 4 May restart: Authorities stress vigilance, public queues up for post-lockdown coiffes 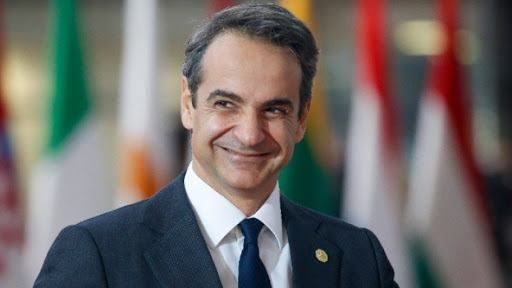 Even if there is an increase in the number of cases the government is not inclined to deviate from its current strategy, unless of course there is an exceptional emergency.

Anxious Greek are champing at the bit to leave their homes and meet the intoxicating scents of spring after Prime Minister Kyriakos Mitsotakis in consultation with a 19-member scientific committee with top doctors and epidemiologists including an award-winning virologist and experts in medical fields linked to the treatment of related diseases mainly of the pulmonary and immune systems.

The prime minister this afternoon addressed the nation and unveiled the stages of the gradual lifting of the lockdown.

Mitsotakis thanked the public for its faithful implementation of lockdown restriction, and Deputy Minister to the PM Akis Skertsos from the General Secretariat for Information stresses that strict recommendation to wear a mask and he extolled the stance of the Orthodox Church of Greece which accepted shutting down Churches even in Holy Weeks but now is demanding an opening of Churches.

Skertsos has served as General Director of the Hellenic Federation of Enterprises and previously was director of the office of the current Public Order Minister Michalis Chrisohoidis.

The government will first open up churches for individual prayer on 4 May and services with fewer faithful are scheduled to begin on 17 May.

The Holy Synod will meet on 30 April to draft its propsal to the government on the details of how services may be held safely.

The Church of Greece spokesman, the mild-mannered Metropolitan Ierotheos of Nafpaktos, expressed the Synod’s intense consternation over the fact that in the last 10 days has not consulted with it at all on the terms of re-operation.

Mitsotakis in his address lauded the Church’s responsible stance during the lockdown.

«The careful opening of the economy is a risk we must take now..Faithful implementation of rules should be universal. Why now? We are in a better state than in February and we saved lives and bought time. ICUs were never filled with over 50 percent of capacity,» Skertsos said.

Skertsos stressed the difficult decision to impose a «horizontal» restriction of individual freedom for the sake as he said of the highest good which is life. “This was not at all self-evident [at first],” Skertsos said.

Presumably in order to not give his address a partisan tinge Mitsotakis decided not to set out the economic measures the government has taken to bolster businesses and labour as part of what Finance Minister Christos Staikouras says is a comprehensive package worth 24bn euros.

The scientific committee in tandem with the PM has approved a timetable for the gradual lifting of shop shutdown and of restrictive measures in restaurants, bars, and other establishments.

Only ten percent of businesses shut down will remain closed the government announced.

The results will be monitored constantly and the expert committee is expected to draw its conclusions on the data every two weeks so as to chart out the next public health steps.

Deputy Civil Protection Minister Nikos Hardalias in a statementwith the tone of a national address underlined that the government will not hesitate to revived lockdown measures if the rate of spread ius unsatisfactory.

All classes of schools to resume

The first major step is the gradual re-opening of schools with rolling classes of three hours each.

There were conflicting views on that both within the committee and in public debate.

The opposing side argues that the risk of re-opening all levels of education outweighs the benefits of an extra month-and-a-half of school, part of which will be devoted to readjusting anyway.

The plan is to re-open all classes by the end of May and there has been discussion of a one-month extension of the school year.

No special measures for refugee-migrant camps

Despite incidents such as the Ritsona camp infection on the island of Evia near Athens and the Somali migrants holed up in a hotel in the town of Kranidi in the Peloponnese 150 of whom tested positive, the ministry has no plans for mass testing at refugee and migrant camps and will be satisfied as regards SARS-CoV-2 with confirming possible cases and tracking the contacts.

The health ministry has no plans for mass testing of migrants in the 19,000-resident Moria refugee and migrant camp on the island of Lesvos (Mytilini).

However, the ministry may choose to conduct its own research on data drawn from closed facilities such as old folks’ homes, prisons, homeless shelters, and other closed venues with a community.

To mask or not to mask? Two-metre social distancing in force

Masks are a key part of the post-lockdown strategy and there was discussion within the committee on whether to impose the mandatory wearing of masks in public places or whether it would settle on a strict recommendation. It decided on the latter.

The second overarching rule that will be extended is a mandatory two-metre distancing between individuals.

The chairman of the scientific committee and its public voice is epidemiology professor Sotiris Tsiodras toward the start of the lockdown told the public in a daily televised update that surgical masks are intended only for healthcare workers and those infected with Covid-19 or with a confluence of symptoms.

More recently Tsiodras did an about-face and included mask-wearing at the top of the post-lockdown strategy. It is s»trictly recommended» by the health ministry.

There are concerns that Greeks may take the lingering dangers too lightly and might participate in large gatherings without proper social distancing which could trigger a new spread and flare up.

That was confirmed in a Dianeosis think tank survey that showed 60 percent of Greeks are slightly or not at all afraid of threats to their personal health from coronavirus.

The logic of the committee is to lift some restrictions and to daily study the data for rolling 14-day periods to track the possible epidemic spread.

“We will see the number of cases and play it by ear,” said one committee member.

Even if there is an increase in the number of cases the government is not inclined to deviate from its current strategy, unless of course there is an exceptional emergency.

The aim is to determine whether the rate of spread stabilises after the lifting of the lockdown.

Worst case scenario: Back to the drawing board

The worst case scenario is a a major increase in the number of coronavirus infections.

“If people do not abide by personal hygiene and social distancing that is certainly a possibility,” says virologist Gkikas Magiorkinis.

The very worst prospect is to have to impose a lockdown in July or August that could strand tens of thousands of tourists in Greece, but the current data suggest that eventuality is highly unlikely.

Last but not least, thousands of patients who are awaiting surgery after a long-ban on non-essential surgery will welcome the lifting of restrictive measures as will chemotherapy patients whose treatment may have been delayed, as they are particularly vulnerable due to the impact of chemotherapy on the immune system.

No more bad hair days, Greeks let their hair down
The international press was amused by news that a top concern for post-lockdown Greeks is getting their hair done and Reuters drafted a separate wire on it:

“Hairdressers across the country have been taking calls from clients stuck at home fretting over odd-coloured roots coming through and people wanting tips on trimming hair themselves.

“We received calls from clients desperate to dye their roots and we gave them tips on the colour or the hair dye number,” said hairstylist Stelios Strantzalis, who runs the “25” hair salon in Athens with colourist Alexandros Tassos.

The two have a waiting list of 50 people once the lockdown ends.

“They all want to be served first,” Strantzalis told Reuters, advising clients to be patient and warning that a do-it-yourself haircut “could turn into a disaster.”

Greeks surveyed by MRB pollsters earlier this month ranked a visit at the hairdressers a top priority when the lockdown ends.

The country shut hair salons on 14 March, weeks after its first coronavirus cases emerged. They are expecting to reopen in early May, but a specific date has not yet been announced.

“I will be the first to go the hairdressers for a dye,” Smaro Skoulikidou said, wearing a face mask.

“Our image is directly linked to our psychology,” said Angelos Antonopoulos, owner of Sir Barber in central Athens who has diverted his business phone to his personal mobile.