Editorial: An intrepid and perpetual youth

Resistance to fascism and all manner of oppression was for Manolis Glezos a sacred and perpetual duty. He simply could not do otherwise. 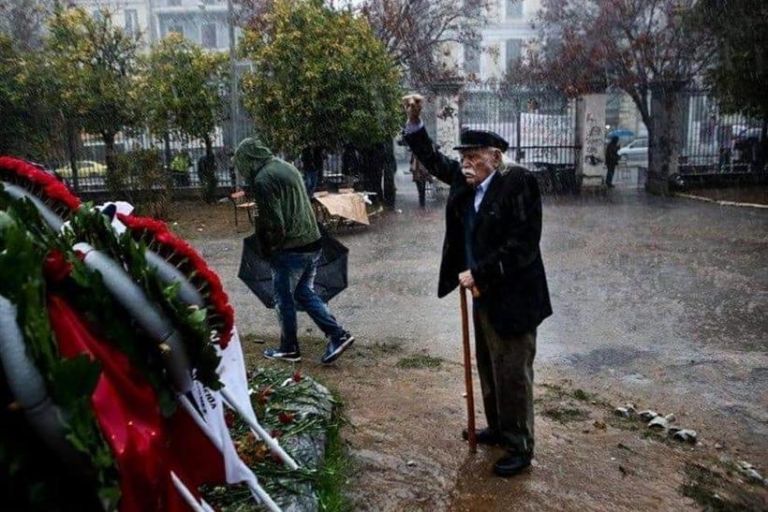 With true heroes valiant deeds seem par for the course.

For them there is no choice other than rising to the occasion when they hear the call of history.

It is their opportunity to even risk their life in order to stand up for their ideals and principles.

Their dedication to their system of values obliterates any fears or reservations.

Later, when they are asked to recount their deeds they do so in a simple, plain, and modest manner.

That is how Manolis Glezos spoke whenever he was ask to recount the night of 30 May, 1941, when he and Lakis Santas cut off with a knife and remove the huge Nazi flag waving over the Acropolis of Athens.

Resistance to fascism and all manner of oppression was for Manolis Glezos a sacred and perpetual duty. He simply could not do otherwise.

That is how from early youth he learned to live in his native village of Apeiranthos on the island of Naxos – free and unrelenting.

“The native of Apeiranthos is he who does not retreat when faced with any challenge. If something intimidates or scares him,” said the man who Charles de Gaulle described as “the first partisan of Europe”.

That is exactly how Manolis Glezos lived his life – as an intrepid adolescent for over nearly a century.