Mitsotakis orders closure of all churches, places of worship after church’s restrictive measures

The decision came after a number of bishops and priests took to the media to say it is impossible for the Coronavirus to be transmitted through Holy Communion. 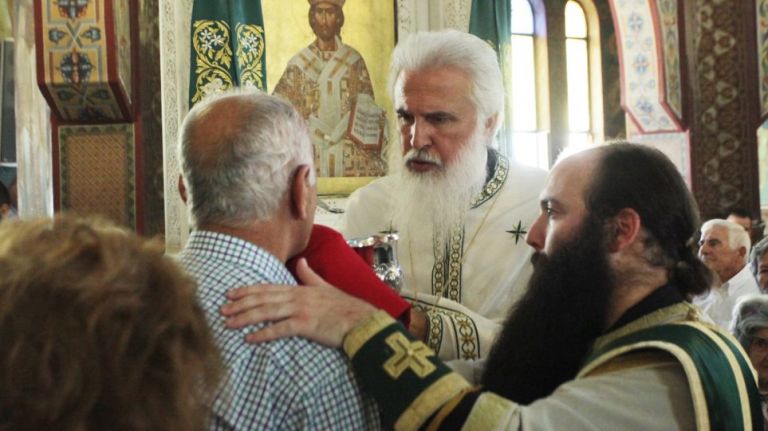 Prime Minister Kyriakos Mitsotakis tonight ordered the closure of all churches and places of worship of all denominations.

Mitsotakis announced the decision via his Twitter account straight on the heels of a decision of the Orthodox Church of Greece to severely restrict services but to keep conducting an abbreviated Sunday Divine Liturgy between 8am and 9pm.

The Permanent Holy Synod of the Orthodox Church of Greece in a marathon session decided to comply only partially with the government’s strict restrictions of the right of assembly urging all the faithful to stay home and severely limited the length (to one hour) and attendance at the Sunday Divine Liturgy.

The decision came after a number of bishops and priests took to the media to say it is impossible for the Coronavirus to be transmitted through Holy Communion (where all faithful receive bread and wine with the same spoon) as it is the true body and blood of Christ which could not possible be infected.

Aside from Archbishop Ieronymos and the 12-member Permanent Holy Synod (the Church’s executive which takes day-to-day) the meeting was attended by all Metropolitan bishops of Attica.

A spate of reports indicated that on 15 March MItsotakis called Ieronymos to pressure him to close all churches but that would require the approval of all the other 12 members of the Permanent Holy Synod, which went a long way toward enforcing state guidelines (such as suspending daily Divine Liturgies including on saints’ feastdays) but left wide open the possibility of transmission of the virus even in truncated and limited services.

At the invitation of the archbishop infectious diseases expert Sotiris Tsiodras, who essentially is acting as a sort of medical Marshal on behalf of the government, detailed the facts about the virus, how it is transmitted, and the potentially disastrous effects of large assemblies of people such as those at church services.