The damage from its bankruptcy although it has not yet been calculated is huge and many Greek businesses can be destroyed. 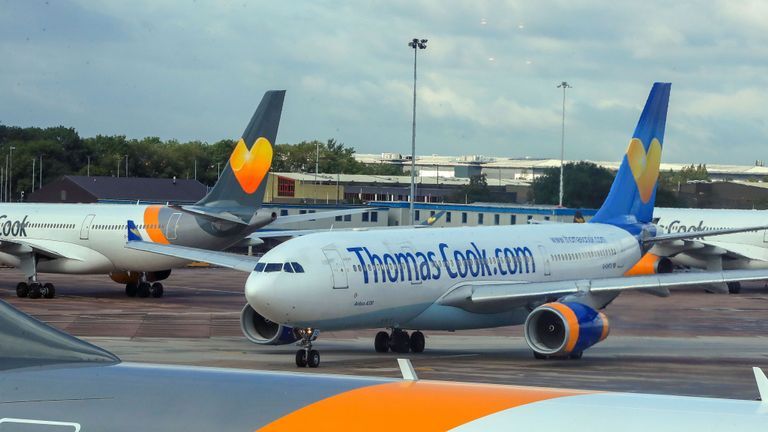 The bankruptcy of a tourism giant such as Thomas Cook has naturally rocked international tourism and this has had dramatic repercussions on Greece.

Thomas Cook over the last years was one of the main supporters of Greek tourism bringing millions of tourists to major destinations such as Crete, Rhodes, Kos, and the Ionian Islands.

The damage from its bankruptcy although it has not yet been calculated is huge and many Greek businesses can be destroyed.

The damages of the company’s bankruptcy have not yet been calculated yet they are enormous and can shut down many businesses.

By all accounts, especially during the years of the crisis, Greece’s productive model must change.

Obviously since tourism is Greece’s main revenue-raising source, unavoidably such a major collapse will wound the economy.
In a period that economic expectations and the investment climate are improving an unpredictable external factor is creating conditions of alarm and concern.

Due to the tourism concentration in our country we are much more vulnerable to international turbulence.

For years there were warnings about the dependence of the Greek tourism product on to two or three major tourism players and that this involved unforeseeable and uncontrollable dangers.

The great dependence of the economy on tourism revenues render it much more vulnerable to pressures and to the collapse of giants such as Thomas Cook.

Obviously tourism will retain a hegemonic role but it is also obvious that other sectors of the economy must be developed.
The exploitation of Greece’s sun, sea, and natural environment have a limit.

Greece has other productive sources and human resources to modernise and adjust the tourist product but also to develop sectors of the economy which today are not competitive.

There are opportunities and possibilities as long as one avoids easy answers and a dependence on oligopolistic giants which with their greed can as in the current case cause grave harm to businesses and the economy.