Greek sovereignty over Imia is clear and indisputable, in accordance with the 1923 Treaty of Lausanne, the Italian-Turkish accords of 1932, and the 1947 Treaty of Paris,” the Greek foreign ministry said in a statement. 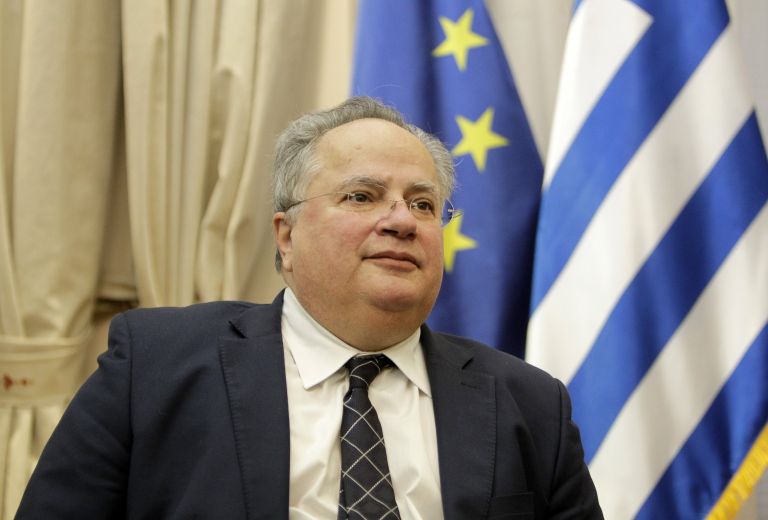 “Even as the European Union is calling on Turkey to respect European law, Ankara answers with an announcement that provocatively undermines it. It is repeating a patently illegal position, ignoring the fact that the legal status of the Aegean is absolutely guaranteed by international law. Greek sovereignty over Imia is clear and indisputable, in accordance with the 1923 Treaty of Lausanne, the Italian-Turkish accords of 1932, and the 1947 Treaty of Paris,” the Greek foreign ministry said in a statement, noting that the European Commission’s criticism of Turkey in a country report issued yesterday has once again provoked irrational outbursts from Ankara.

The Greek foreign ministry called on Turkey to utilise the observations in the Commission’s report as a useful tool of self-criticism, in order to improve its image in public opinion and in the international community.

“It is totally wrong and unacceptable that the EU is positioning itself as a competent arbitrator or a court and attempting to render a judgment under the pretence of “Union solidarity” with regard to the disputes related to sovereignty. The Kardak Rocks and their territorial waters and airspace above them are exclusively under Turkish sovereignty,” the Turkish foreign ministry stated yesterday in response to the European Commission’s 2018 Turkey Country Report and the Enlargement Strategy Paper

“The support given as “carte blanche” by the EU to member states in their disputes with third countries do not contribute to the resolution of those issues within the framework of good neighbourly relations and international law. Such a stance also contradicts the EU’s own values.”