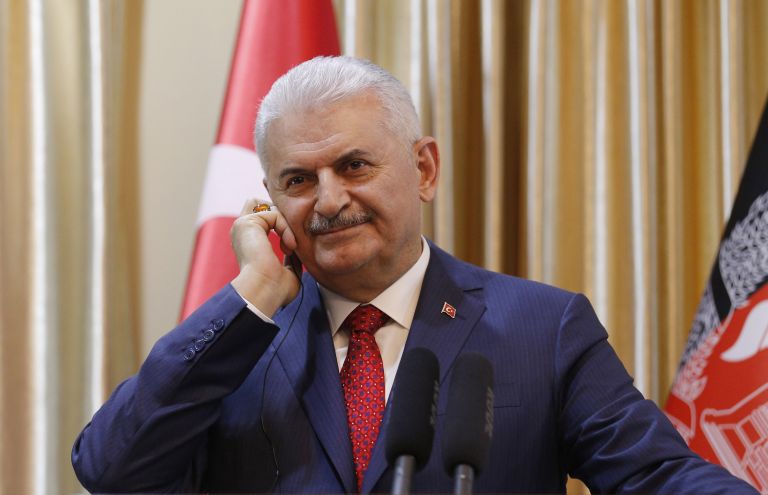 Government spokesman Dimitris Tzanakopoulos denied there was any violation of Greek territory after Turkish Prime Minister Binali Yildirim claimed that the Turkish Coast Guard had removed a Greek flag that was placed recently on a rock islet off Fournoi, near Ikaria.

Tzanakopoulos lambasted Yildirim’s contention that the said islet is of disputed sovereignty , under the Turkish theory that islands whose sovereignty is disputed by Turkey are grey zones, which he said Greece will never accept.

“We know that in the Aegean there are from time to time actions from neighbouring Greece to escalate tensions, and these violations have increased recently. There are rock islets whose ownership is disputed. We see initiatives similar to those on the Kardak (Imia) islets. There was an effort to put a Greek flag on the Antrofotou rocks, off of Didim. The Coast Guard made a necessary intervention and took down the flag from there. We advise Greece in the framework of good neighbourly relations to desist from provocations that will escalate tensions,” Yildirim said.

Greek Skai news reported that three young men from Ikaria’s Fournoi islets raised the Greek flag on the islet Mikros Anthropofas, where they went by boat on 13 April. The men told Star TV that they raised the flag in honour of fallen pilot Yorgos Baltadoros.

They said they also raised Greek flags on five surrounding rocks and islets, and denied the claim of Turkish Foreign Minister Mevlut Cavusoglu that Turkish commandoes removed a flag. They said it was removed by a yacht which they believed was a surveillance vessel.

Alternate Defence Minister Fotis Kouvelis said that there is an undeclared war going on in the Aegean and said he had requested an exhaustive briefing from the armed forces on the alleged incident of the removal of the flag.

The Turkish press featured pictures of the Greek flag on an islet along with the comments of Yildirim and Foreign Minister Mevlut Cavusoglu, who said Turkish commandoes removed the Greek flag.

A Greek Coast Guard ship visited the area and authorities said that there was no incident with Turks, commandoes or otherwise, and that there was no flag on Anthropofas, before or now, but that there were and are Greek flags on four islets surrounding Fournoi, which local residents confirmed.