Window on the world from Alter Ego Media 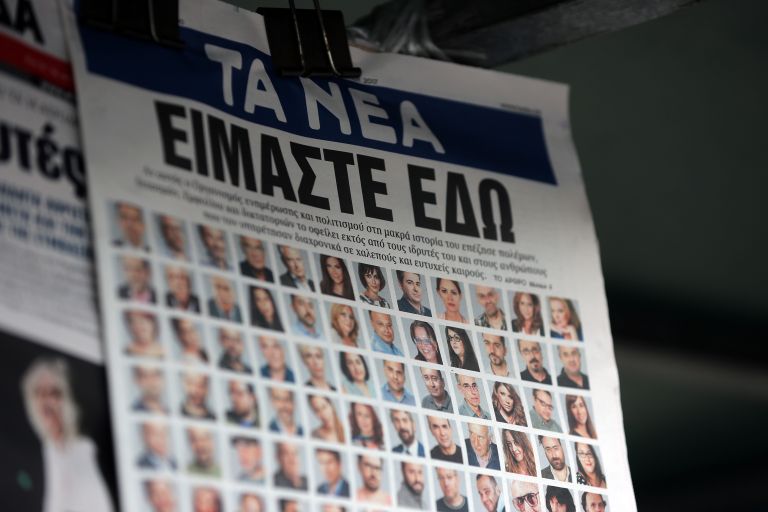 With the conviction that the press is obliged above all to be a “window on the world”, and with the certainty that the contemporary information society knows no bounds, Alter Ego Media, the publisher of To Vima, Ta Nea, and in.gr, has launched an ambitious plan to link up with the international publishing and journalistic community.

As their readers have known for decades, the opening to the world, the association with great political, ideological, literary, and scientific currents internationally, and participation in the discussions and quests of the contemporary world, were and are the central pillars of journalism, which have been served traditionally, since their establishment, by To Vima and Ta Nea.

Already, Alter Ego has been declared a regular member of the World Newspaper Association, the largest publishing union globally.

Frankfurt is the European headquarters of the WNA. Its members are over 18,000 newspapers and magazines in 120 countries, including a network of 80 publishing associations around the globe.It is active in defending the freedom of the press, quality journalism, and publishing integrity.

It promotes the exchange of information and cooperation between its members, and it seeks new methods of publishing, communication, and management that allow the viability and freedom of the press.
Meanwhile, Alter Ego was accepted as an associate member of the European Newspaper Publishers’ Association, based in Brussels.

Alter Ego’s candidacy was accepted by a decision of the Board, as it was the first publishing company to be admitted to the Union autonomously.

Next May, at the Union’s annual conference, the charter is expected to be revised upon recommendation of the outgoing Board to allow the admission of companies, so that Alter Ego may become a permanent member. Other large European publishing companies are expected to follow suit.

The European Newspaper Publishers’ Association (ENPA) represents the European publishing community toward EU authorities for all aspects of their activities, including defending freedom of the press.

On 16 May, 2018, the Press Freedom Conference in Sofia, Bulgaria will be organised, with the title “Freedom and Pluralism of the Press: How to bolster a fundamental pillar of the European Union”.

At the same time, To Vima and Ta Nea renewed their cooperation of many years with the Project Syndicate network.

This cooperation involves the exclusive exchange of content (articles, research, reporting, and features), between over 500 publishing organisations in 156 countries in Europe, America, Africa, the Middle East, and Asia.

These include some of the largest and most historic newspapers, such as the French Le Monde, Britain’s The Guardian, the Spanish EL Pais, the German Handelsblatt, the Japanese Nikkei, and Australia’s The Australian.

This ambitious programme of publishing exchanges will continue. To Vima and Ta Nea are already in talks to arrange exclusive cooperation with some of the largest newspapers and magazines in Europe and America.