The plan includes measures to attract investment, to lower taxation, to reduce the volume of non-performing loans, to modernise public administration , to reduce unemployment, and to stimulate productivity and exports. 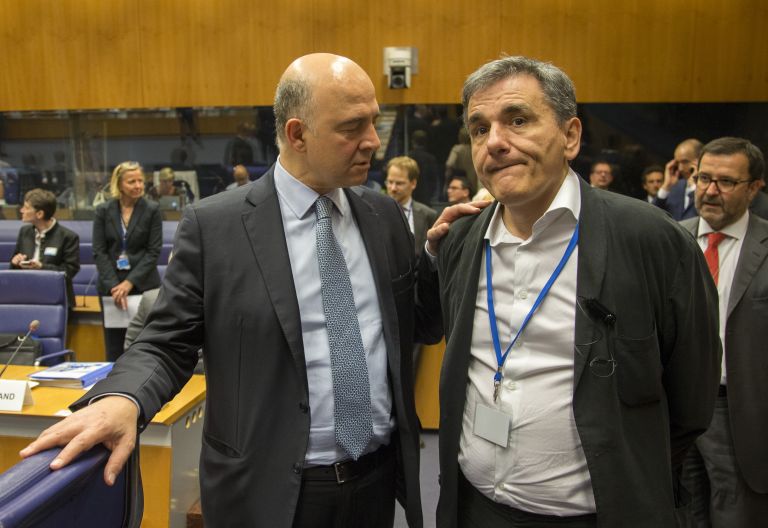 The aim is to reach a preliminary agreement in the next two weeks, before the 27 April Eurogroup meeting in Sofia, Bulgaria.

The plan includes measures to attract investment, to lower taxation, to reduce the volume of non-performing loans, to modernise public administration , to reduce unemployment, and to stimulate productivity and exports.

The Greek plan will be taken into account during debt relief discussions and, as Economy and Finance Commissioner Pierre Moscovici has said, will be an important test of the country’s credibility in seeking solutions for the post-bailout era.

The EWG also reviewed developments in the fourth bailout evaluation and the mechanism that may link debt servicing with growth after the end of the current programme.

The need to complete the evaluation by the June Eurogroup was stressed, as it is connected with an 11.7 billion euro loan tranche, which must be disbursed before the end of the programme on 20 August.

Once again, Eurozone partners focused on the 88 preconditions for completing the programme, especially privatisation in the energy market, including lignite plants and natural gas, and highway concessions.

Representatives of Greece’s lenders will review all that upon their return to Athens on 15 May.

Regarding debt relief, the EWG examined the French proposal linking debt repayment to economic growth, which would kick in if growth falls beneath a certain level despite continued reforms.

It has not been decided whether that measures will automatically be implemented if the above conditions are met or if a decision by all Euroozne members will be required.

Regarding debt relief measures, they will be affected by fiscal data to be released by Eurostat on 23 April.