Burdened by weighty foreign policy issues, Prime Minister Alexis Tsipras last week tried used a cabinet meeting and his nationally televised remarks there to shift the political agenda to the crucial area of the economy 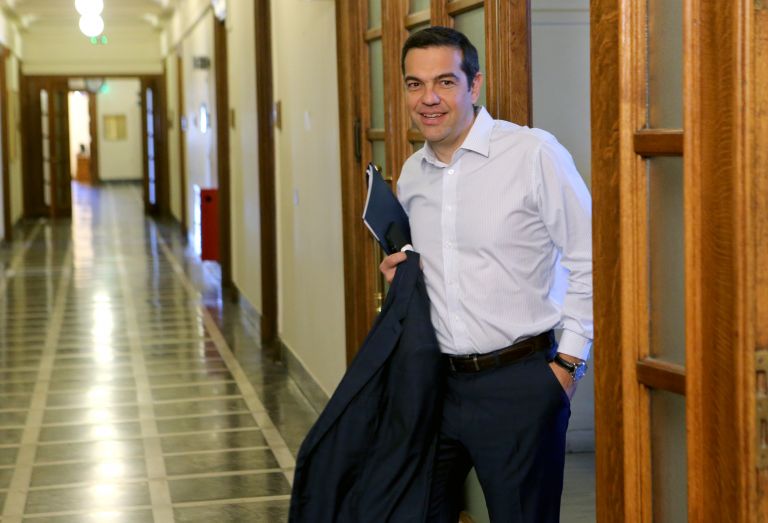 Burdened by weighty foreign policy issues, Prime Minister Alexis Tsipras last week tried used a cabinet meeting and his nationally televised remarks there to shift the political agenda to the crucial area of the economy, where the government also faces a host of thorny issues.

These include the upcoming fourth – and last – bailout implementation evaluation, the post-bailout supervision regime, and negotiations on debt relief.

At the same time, Tsipras is using his announced plans for a “progressive” constitutional revision to bring Fofi Gennimata’s Movement for Change closer to Syriza on an issue of common interest, so as to lay the groundwork for a possible post-electoral collaboration with the centre left party.

Despite rampant discussion of early elections – even by parliament speaker Nikos Voutsis, who recently suggested double elections in May, 2019 (combining European Parliament elections with general elections) – Tsipras is vehemently dismissing such a prospect, even in addressing his own ministers.

“I want once again to reiterate that the aim of this government, along with transcending the crisis and finishing up with bailout memorandums, is to go to elections at the end of its term, in September, 2019. I am not even considering combining it with Europarliament elections in May, 2019, as I hear from some quarters,” Tsipras said.

“ Elections will be held in autumn, 2019. The European Parliament elections will simply belie resoundingly all those who rushed to create political balances through opinion polls of equivocal and doubtful credibility, which have created a false image as regards the judgment of the Greek people, both now and in the past,” Tsipras told the cabinet.

In fact, the PM’s decision will largely be determined by the exit from the current bailout programme, the outcome of debt relief talks, and the nature of post-bailout supervision by creditors, including the IMF.