The bulletin stresses the upgrades of Greece’s credit rating by the agencies, the significant increase in investments that was the motive force for a 1.4 percent increase of GDP in 2017, and the high primary surplus, which reached 3.7 percent of GDP. 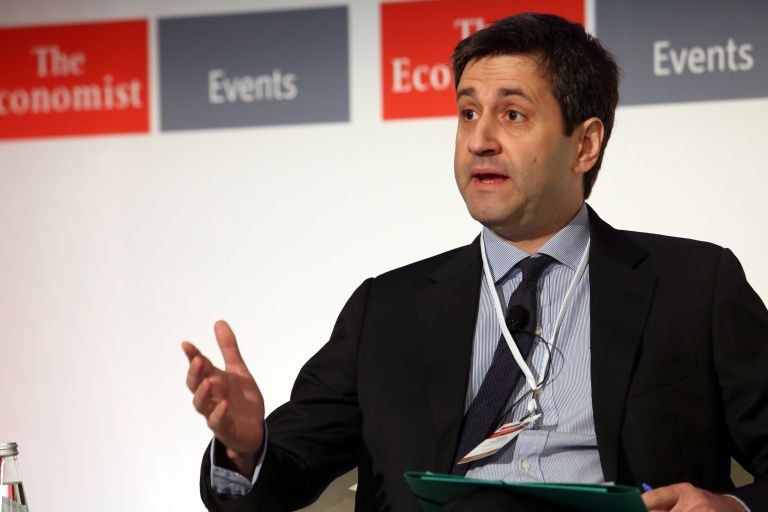 The Council of Economic Experts, presided over by Alternate Finance Minister Yorgos Houliarakis, in its first bulletin projects upgrades by credit rating agencies, large primary surpluses, and a higher rate of growth in 2018.

The report analyses the country’s economic situation in the period leading up to the fourth and final bailout implementation evaluation, the 6.7 billion euro loan tranche, and the entry into a phase of economic recovery.

The bulletin stresses the upgrades of Greece’s credit rating by the agencies, the significant increase in investments that was the motive force for a 1.4 percent increase of GDP in 2017, and the high primary surplus, which reached 3.7 percent of GDP, or 5.93 billion euros.

The aim of Houliarakis and the Council is to provide regular and trustworthy information to economic players and decision-makers abroad (international organizations, finance ministries, banks, investment funds, and credit rating agencies), regarding current developments and the prospects of the Greek economy.

For the Council of Economic Experts, the publication of the bulletin is the first step towards a regular dialogue, as it were, with the international economic community.

The launch of the bulletin is based on the idea that complete and accurate information leads to a better understanding of the economic conditions, and to a swifter revival of trust and credibility in implementing economic policy, which is crucial as Greece moves from the bailout era to a return to the markets.

The bulletin stresses a number of key developments and data:

– The Greek economy grew at a rate of 1.9 percent in the fourth quarter of 2017, for the second consecutive quarter after the 1.3 percent GDP increase in the summer months.

– S&P and Fitch upgraded Greece’s credit rating by one notch, to B3, with positive prospects for growth and fiscal developments.

– All three credit rating agencies project that in 2018 and 2019, the Greek economy will grow at a rate of approximately two percent.

– Bank deposits of private individuals last year grew by 5.73 billion euros, which limits banks’ reliance on ELA emergency liquidity funding, and led to the loosening of capital controls, as planned.