Government braces for a tense April with Turkey in the Aegean

With the deterioration in Greek-Turkish relations, the government has entered one of the most critical periods of its tenure, and it is determined to do everything in its power to ensure that April will not be the cruellest month. 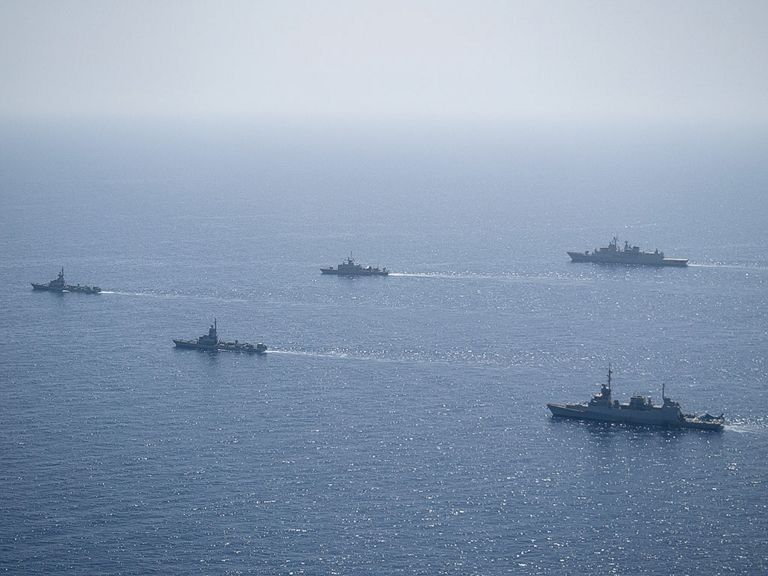 With the deterioration in Greek-Turkish relations, the government has entered one of the most critical periods of its tenure, and it is determined to do everything in its power to ensure that April will not be the cruellest month.

Prime Minister Alexis Tsipras will be on constant alert during the days of the Greek Easter holiday, as the assessment of his advisors and staff, based on a series of hostile actions and rhetoric, is that Ankara is aiming to trigger a clash in the Aegean, or at the very least to maintain a climate of tense polarisation.

The prime minister and his cabinet find themselves treading on a delicate tightrope.

On the one hand they must deal with the unpredictable Turkish President Recep Tayyip Erdogan, whose rapid alienation from the West combined with his tight embrace of Moscow and Tehran, as evidenced during the three-way summit in Ankara this week, poses particular dangers for Athens.

That geopolitical shift, as Athens sees it, makes the Turkish leader even more uncontrollable, as it limits the West’s leverage on Ankara, particularly given the sharp deterioration in US-Turkey relations.

On the domestic front, Tsipras must deal with his junior coalition partner, and defence minister, Panos Kammenos, who appears to be adopting an autonomous and provocative line in Greek-Turkish relations, with inflammatory rhetoric towards Ankara that serves only to aggravate already heightened tensions.

The prime minister’s advisors have reportedly recommended that he find a way to rid himself of the dangerous burden that Kammenos represents, possibly by seeking alternative alliances with more moderate and progressive political forces, though this is particularly difficult at the current political juncture.

The consensus in the ruling Syriza party is that the situation with Kammenos cannot go on, and that something must be done to contain his untrammeled populism.

The upshot is that the country’s political and military leadership are determined to remain in a state of continuous, heightened alert, so as to effectively deter any possible challenges from other side of the Aegean.