The only way for Greece to get back on its feet and transcend the economic crisis is debt relief, according to an article in the German financial daily Handelsblatt. 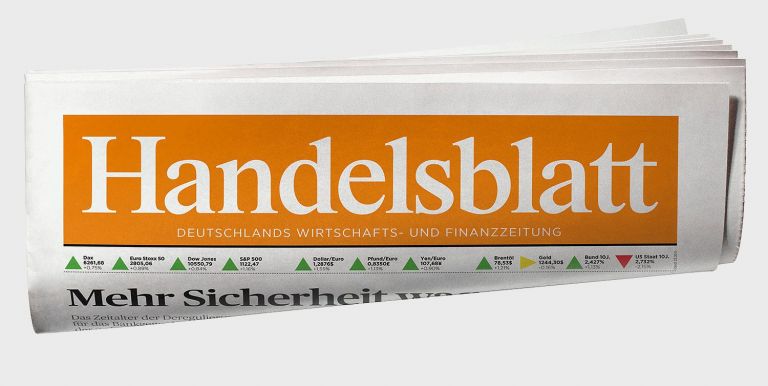 The only way for Greece to get back on its feet and transcend the economic crisis is debt relief, according to an article in the German financial daily Handelsblatt.

“If Greece wants to leave behind the crisis and at some point to stand on its own feet financially, it needs debt relief,” the report noted.

“International creditors have reasons to approach Greece,” the article says, noting that the national debt in December, 2017, reached 328.7 billion euros, while the Greek finance ministry projects it will reach 332 billion euros by the end of 2018. That is nearly 180 percent of GDP, which is not viable.

The issue of Greek debt relief is on the agenda of eurozone finance ministers, and technical preparations have been underway since March, ahead of their 27 April meeting in Sofia, Bulgaria.

While they will discuss the future course of Greece, no final decisions will be taken before Athens successfully completes the current fiscal adjustment programme in August, the report indicates, noting that creditors had already put debt relief on the table since 2012, and have periodically renewed their commitment.

It was former German finance minister Wofganfg Schaeuble who insisted on deferring debt relief until the end of the programme, so as to keep up the pressure on the Greek side to implement reforms, and then to offer it only if necessary.
Since May, 2010, Greece has received 263 billion euros in financial assistance, mostly for the repayment of debt.

The question the report raises is whether Greece will ever manage to repay its debts to its international creditors – the European Stability Mechanism (ESM), the European Financial Stability Facility (EFSF), the IMF, and the ECB.

“At the moment, Greece does not face difficulties in servicing its debt, and only in 2023 will it start repaying its debts to the IMF. However, thereafter the situation could become critical, as with current planning, the repayment of debt extends to 2059,” Handelsblatt underlines.

How the public debt shapes up as a percentage of GDP depends mainly on the level of economic growth, the fiscal balance, and the terms of funding from international markets. But the report insists that debt relief is necessary if anything is to be done.

The Eurogroup Working Group is studying the possibility of longer repayment periods, and long-term low interest rates, as well as a grace period of a number of years with a moratorium on debt repayment.

The French proposal that links debt repayment to the growth of the Greek economy is also under review.

Another long-discussed possibility is for Greece to buy back its debt to the IMF with unused funds from the current fiscal programme (only 59 billion euros of the total 86 billion available have been used to date).