SYRIZA’s rapporteur, former justice minister Nikos Paraskevopoulos, said that if the case is returned to the judiciary potential crimes can be prosecuted, whereas if it remains in parliament, potential crimes will be swept aside due to the brief statute of limitations. 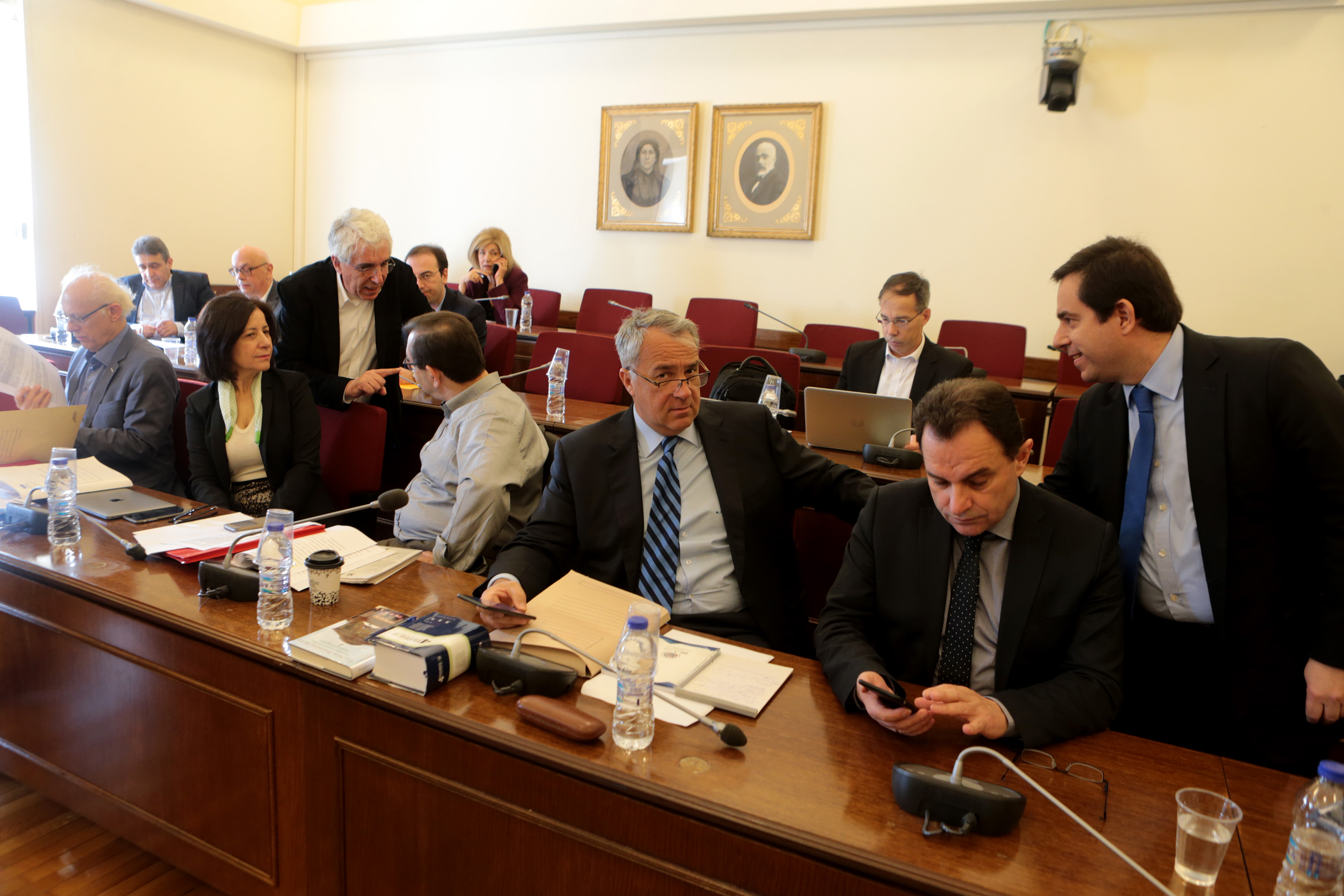 The representatives of all opposition parties have walked out of the parliamentary committee that was formed to conduct a preliminary criminal probe of politicians who are allegedly involved in the Novartis scandal.

The move comes after the SYRIZA majority on the committee indicated that it does not intend to probe the substance of the case and the evidence, on the grounds that the statute of limitations on alleged crimes has expired, and that the file should be returned to the judiciary.

Prosecutors sent the case to parliament because they are required to do so by law, the moment that the name of an MP or minister pops up, regardless of whether there is any incriminating evidence or not.

That being said, opposition parties are asking why government pushed for a parliamentary probe in the first place, holding 10 individual parliamentary ballots – one for each minister and one for ex-PM Antonis Samaras – if it realised that the alleged crimes (bribe-taking, etc.) can no longer be prosecuted and that parliament now lacks the authority to put them on trial.

The answer for the opposition is that SYRIZA’s objective all along was simply was to malign its political opponents and then close the probe and send the file back to the judiciary, without giving them the chance to defend themselves and clear their names.

Most of the politicians were charged by protected witnesses, with little or no concrete evidence, and they demanded an in-depth parliamentary inquiry, in which both the central, anonymous witnesses and others implicated in the affair would testify.

New Democracy’s rapporteur, Makis Voridis, said that his party’s MPs would return to the committee if the SYRIZA majority agrees to summon and examine key witnesses, and to evaluate the facts and substance of the case.