The high school students of the Lyceum at Pyrgetos, near Larissa, came second in the European Charlemagne Youth Prize… 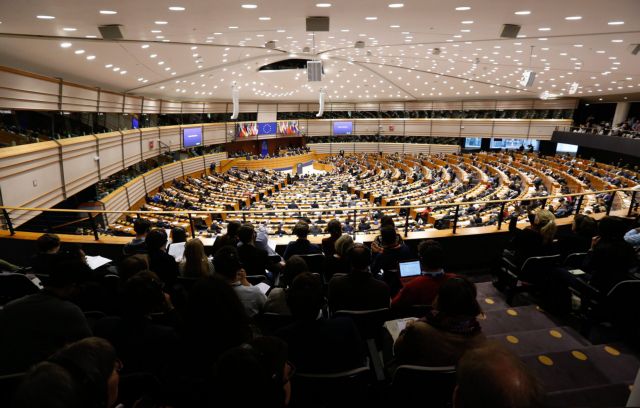 The high school students of the Lyceum at Pyrgetos, near Larissa, came second in the European Charlemagne Youth Prize competition, thanks to the Searching for a Charlemagne game which they developed. The tablet game developed by the Greek students is focused on Carolus Magnus (742-814 AD), Better known as Charlemagne, the creator of Frankish Empire was called the Father of Europe at the time for his attempts to create a union.

The first prize went to the Italian InteGREAT project, which aims to encourage young people from all over Europe to help integrate refugees. The project organizes workshops, leisure activities, seminars and others events and involves international volunteers, local non-governmental organizations and local communities.

The third prize went to the UK’s Young European Council, which is an international annual conference which brings together young people passionate about the future of the European Union. The aim is to provide input to European policy making. Last year’s conference took place on 15-19 November in Brussels and included three panels dedicated to the topics migration and home affairs, energy union and climate action: and education to employment.

The prize for the best project is €5000, the second, €3000 and the third, €2000. As part of the prize, the three final laureates were invited to visit the European Parliament. Also, the representatives of all the 28 national projects selected will be invited to a four-day trip in Aachen, Germany. This year’s ceremony took place on the 3rd of May.