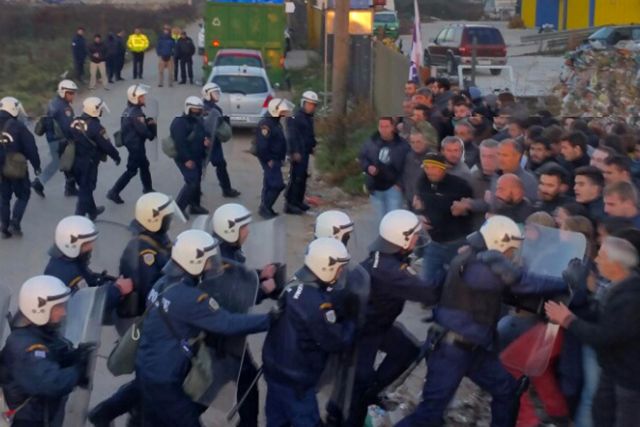 Employees of recycling company clashed with riot police early on Wednesday morning at the entrance of the company factory. The employees had called a protest outside the factory in response to dismissals and wage cuts.

The MAT riot police units used tear gas in their clashes with striking employees and PAME unionists, who claim that the police was called to intervene as a strikebreaking mechanism.

Eight employees were detained by the police, including one woman. The strikers are supported by local unions, bodies and PAME.