Deutsche Welle: A political solution on the issue of reparations

The Greek request for a payment of war reparations continues to concern specialists in Germany. The issue is no longer legal… 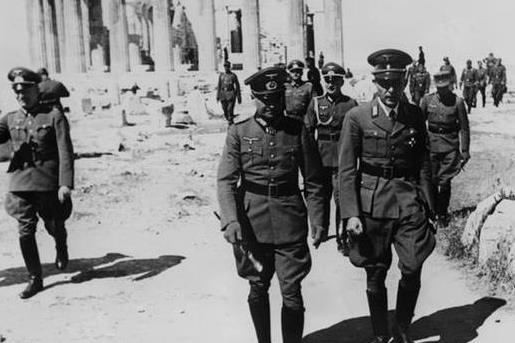 The Greek request for a payment of war reparations continues to concern specialists in Germany. The issue is no longer legal but a political one, German international relations expert Matthias Hartwig estimates as broadcasted by Deutsche Welle.

In his recent visit to Berlin, Greek Foreign Minister Nikos Kotzias presented to his German counterpart Frank-Walter Steinmeier the claims arising from the German occupation of Greece, namely war reparations, compensations and the occupation loan, only to recieve yet another negative reply.

Matthias Hartwig, a German lawyer from the Max Planck Institute of International Law in Heidelberg, told the German International Broadcaster that first of all the question is whether the issue is about reparations, which are paid by the losing side for injustices caused during a war and are usually arranged in an agreement after the war. Regarding the occupation loan, the Greek side supports it is not subject to general reparations, but a special loan agreement concluded between the German Reich and Greece.

The fact that the loan was signed between two unequal sides in conjunction with that it was interest-free, it demonstrates according to the international relations expert that the repayment of the loan is part of restoring war injustices and therefore should be carried out within the payment of reparations.

The Greek positions are partly contradictory

As noted by Hartwig, the Greek side claims it was a common international agreement whith certain obligations on the part of the German government or the German state, while Germany says it was not a normal agreement forced by an evil Germany upon Greece and therefore it falls under the war reparation issue while having a direct impact on the amount’s interest. The agreement did not provide for the payment of any interest. The Greeks raise the amount they request, including interest, which is not provided by the treaty. This means that the Greek positions are partly contradictory.

In this context and from a legal standpoint, he said that Germany has no obligation towards Greece. He added, however, that the issue has not only purely legal aspects, but political ones as well. “Although I speak as a lawyer and not as a politician, the question is no longer a legal, but a political one. If you will allow me to express my political view on things then I would say that within the global economic crisis in Greece it would be better to be generous than to delve into old stories”.