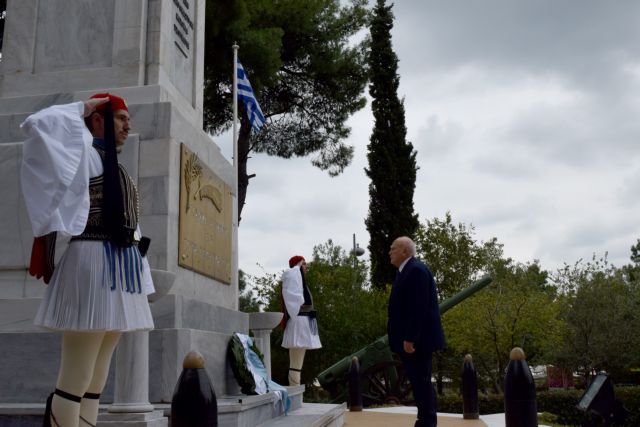 The national holiday of the 28th of October, “Ochi Day”, to commemorate Greece entering the Second World War in 1940, was…

The national holiday of the 28th of October, “Ochi Day”, to commemorate Greece entering the Second World War in 1940, was celebrated across Greece. As customary, a military parade took place in Thessaloniki, while student parades were organized in Athens and other cities across the country.

President Karolos Papoulias was present for the celebrations in Thessaloniki and was accompanied by the Minister of National Defense Dimitris Avramopoulos and the Minister of Macedonia-Thrace Giorgos Orfanos. Security measures were high, with about 2,000 police deployed; for the third year running fences and barricades were placed limiting access to the parade.

Mr. Papoulias noted that “today is a day of remembrance, of exceptional honor and respect to those who fought in 1940 and overthrew Mussolini’s fascist hordes. They gave Europe a message, that democratic Europe can prevail and indeed it won”. The President added that “today the Greek people are struggling under very difficult conditions. I hope that in unity and solidarity, with love for each other, we will unfold the virtues that those who fought and lost their lives in the Albanian mountains did. And if we do so, I am certain that we will overcome the crisis. The crisis will not defeat us. We suffer, I know that; however, I think we should fight so as to overcome it and I hope that we will”.

The Prime Minister Antonis Samaras issued a statements stressing that “Greeks on October 28 honor those heroes who did not hesitate to offer even their lives for Freedom, Democracy and Human Dignity; those who fought against fascism and Nazism, leaving an indestructible legacy to all of us, those who made the Free World talk about the greatness and the offer of Greece to the common struggles”.

The main opposition party SYRIZA also issued a statement: “History is written through the people’s struggles. The October 28, 1940 and the epic of the Resistance are the greatest proof of the power that people have when they get organized and fight for their rights and independence. No enemy is strong enough; no difficulty is insurmountable before the popular will that is expressed in a collective and organized way”.