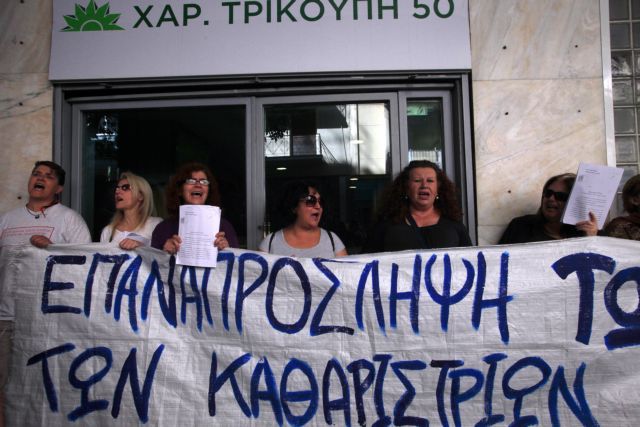 The dismissed cleaners, who were recently vindicated by the courts, appear determined to see the government implement the court order so that they may return to their posts at the Ministry of Finances.

With the government quite simply refusing to implement the court order, which would essentially cast the coalition government’s suspension scheme into doubt, the cleaners have escalated their protest and blocked the entrance to the Ministry of Finances.

The situation outside the Ministry is rather tense, with police officers arriving on the scene and attempting to remove the protesting cleaners from blocking the building’s entrance.

On Monday the cleaners rallied outside the central PASOK offices and met with the party’s secretary Nikos Androulakis and general director Nikos Salagiannis.

After the meeting, Mr. Androulakis issued a statement calling the government to respect the judiciary decision.