Venizelos: “Nobody can take anymore austerity and unemployment” 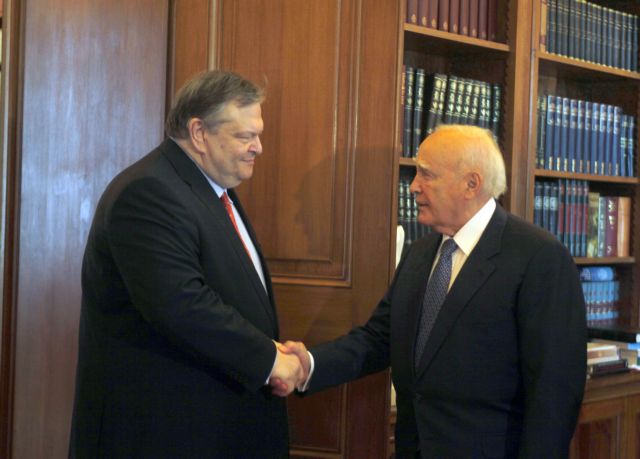 Mr. Venizelos explained to the President his proposals and thoughts on restoring national unit and social consensus. The PASOK president explained that the results of the recent elections highlighted the need for maintaining stability in order to exit the crisis.

The two men also discussed recent developments in Europe, with Mr. Venizelos arguing that the European Parliament must be enhanced as the European people demand growth and employment. Mr. Venizelos said that “nobody can stand any more austerity and unemployment”.

Mr. Venizelos concluded that “we are prisoners to neo-liberal politicians because we had to borrow and now the return to normality allows us to enter a pan-European negotiation on different terms”.

Mr. Venizelos announced his meeting with the President on Monday after SYRIZA leader Alexis Tsipras spoke of early elections, following his visit to the Presidential Hall.

According to the PASOK leader, Mr. Tsipras’ call for early election is “unconstitutional” and “distorts the parliamentary regime of Greece and the Constitution, as article 41 clearly stipulates when and how Parliament is dissolved”.

The Prime Minister Antonis Samaras is also scheduled to meet with the President on Thursday.