The president of SYRIZA Alexis Tsipras is scheduled to meet with President Karolos Papoulias at the Presidential Hall today at 13:00… 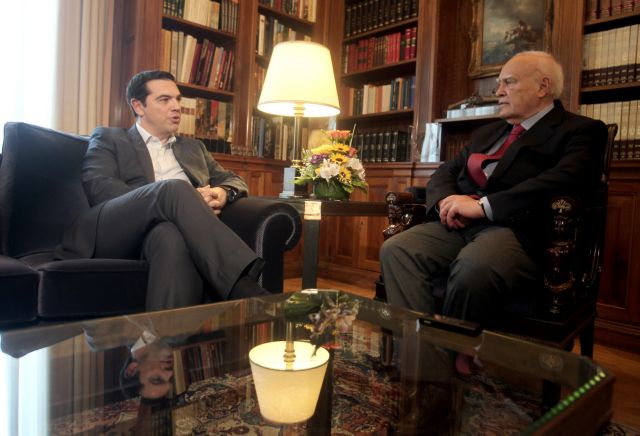 The president of SYRIZA Alexis Tsipras met with President Karolos Papoulias at the Presidential Hall today at 13:00, in order to discuss the recent elections.

After the results of Sunday’s elections were announced, Mr. Tsipras demanded general elections as soon as possible, arguing that the people’s verdict was “brave and perfectly clear”. Mr. Tsipras stressed that his party’s victory was “historic” for the Left and complained about the scaremongering preceding the vote.

Additionally Mr. Tsipras stressed that Mr. Samaras does not have the ethical and political legitimation to negotiate the debt, impose new austerity measures and introduce “the new bailout which he has already decided upon and has kept in his drawer”.

The President expressed his concern about the ascent of extremist parties in Europe and discussed the overall increase of euro-scepticism, particularly in France and the UK. Mr. Papoulias and Mr. Tsipras agreed that tackling the root causes of euro-scepticism is the key to a better Europe.