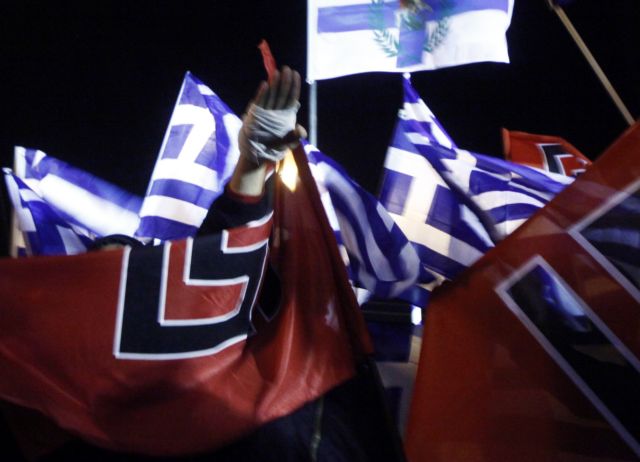 The Appellate court handling the Golden Dawn investigations has forwarded to Parliament media files that were recovered from the mobile phones of Golden Dawn suspects, to assist Parliament in decided whether the approve an immunity lift on the party’s MPs.

One video was recovered from the mobile phone of Yannis Kazantzoglou, who has been detained for this involvement in the murder of Pavlos Fyssas and for participating in a criminal organization.

In the video the black-clad members of the local Golden Dawn offices in Nikea can be seen in the streets chanting violent and racist-fueled slogans against Albanians., urging their comrades to «sew clothes with their skins» and «paint our houses with their blood«.