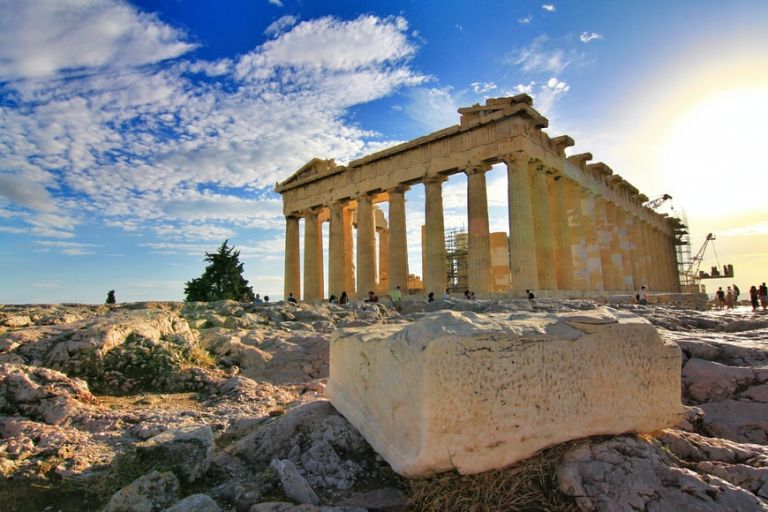 From the idyllic beaches of the Greek islands to historic Thessaloniki and the enjoyable Preveza. A tribute – an anthem for our country

The new year has just begun and two travel writers choose Greece to travel as they wax lyrical about the country in the Guardian .

Specifically, in an extensive article entitled “22 ideas for sustainable holidays in 2022 that we dream of, authors reveal the place they want to be in the new year.  Alex King and John Malathronas, singled out their own destinations and explain why one chose Thessaloniki and the other travels to Epirus cities.

Alex King recalled his vacation on “idyllic and secluded” beaches of Greek islands, where he thought about “the rich and complex urban history of Thessaloniki, the second city of Greece.”

“The moving book by British historian Mark Mazower, Salonica: City of Ghosts, took me from Byzantine to Ottoman times, the city’s integration into the new Greek state in the early 20th century and the aftermath of World War II. As much of the region continues on a dangerous path of deeper nationalist hostility, Thessaloniki’s history of diversity and coexistence is a reminder that this must not be the case: Christians, Muslims and Jews have lived side by side peacefully for hundreds of years. .

Thessaloniki was the only city in Europe with a majority Jewish population – the “Jerusalem of the Balkans”, although few survived the Nazi occupation and the Holocaust. However, the cosmopolitan and open-minded energy of Thessaloniki survives today, with a lively gastronomic and cultural scene. It was recently named the first Unesco gastronomy city in Greece.

I will go to the Thessaloniki Documentary Festival in March with one of the high-speed trains from Athens starting this month. From the United Kingdom, take a train to Bari or Ancona in Italy, then by ferry to Patras and continue with the Greek Railways (OSE) via Athens to Thessaloniki (with a bus to the first, Patras-Kiato section) “. The enchanting Sivota and the relaxed Preveza

John Malathronas, on the other hand, dreams of Epirus and especially Parga and Sivota.

John Malathronas had traveled to Parga at the age of 12 and has since vowed to return, as the memories are still alive, as he remembers its clear waters and the vegetation that surrounds it.

“Sivota, further north, presents an unmatched spectacle to lovers of Greece: a mountain village that dominates over a beautiful coast, whose low line of trees looks like a Norwegian fjord. “I have longed to explore the archipelago of tiny offshore islands and their pristine sandy beaches.”

However, as he writes, what captured him this year is the ancient story with the Guardian author wishing to visit Ancient Gitana, the “romantic”, as he calls it, Dodoni, but also the theater of ancient Nikopolis.

John Malathronas also talks about Preveza “an enjoyable, relaxed city worth exploring” as it is a starting point but also a holiday choice.