Editorial: Solely for the sake of peace! 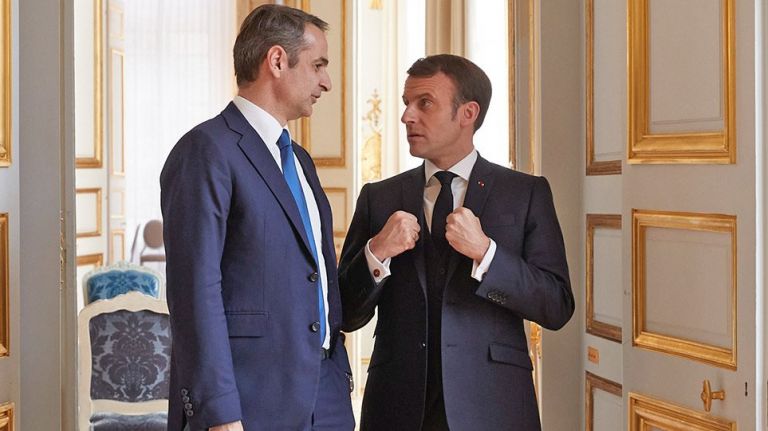 The provision in the France-Greece defence accord regarding mutual military assistance supports exclusively the goal of bolstering Greece’s deterrent capabilities.

The multifaceted, Greece-France defence agreement – especially the provision regarding military assistance in the event of a hostile attack on our territory – has provoked a host of reactions and disputes domestically and abroad.

Our aggressive neighbour Turkey was alarmed and that is reflected in the statements of top officials. Certain Europeans expressed reservations because they believe that it transcends previous mores and introduces new ones. The Americans wondered as they saw that in the new world there are alternative possible alliances for nations that are threatened. Domestically, the diachronic lack of comprehension of conditions and the absence of a national understanding was revealed.

The common consensus is that Greece for years has been confronted with Ankara’s aggressiveness. It is the only country in Europe that formally faces a threat of war, as Turkey’s casus belli demonstrates, and it has been subjected to continual military pressure through constant violations of its airspace and territorial waters, beginning with the 1974 invasion of Cyprus and continuing to this day. Moreover, Turkey maintains its “Aegean Army” with an enormous number of landing craft on the coast of Asia Minor, directly adjacent to the Greek islands

Turkey’s demands are perpetual and its disputing of our national sovereignty is permanent. Moreover, the officially articulated dogma of the “Blue Motherland”, the many attempts to expand Turkish maritime zones, and the recent linking of Greek sovereignty over our islands with their demilitarisation, confirm Ankara’s revisionist stance and its goal of overturning fundamental treaties, such as the 1923 Lausanne Treaty.

All of these factors confirm the existence of the Turkish threat and the need to confront it.

That is all the more true due to the fact that during the great, protracted economic crisis the Hellenic Armed Forces were neglected, the balance was lost, and the Turkish military machine was bolstered in many ways, with excessive arming and with the development of new, technologically advanced weapons systems, as was revealed tragically during the last war between Armenia and Azerbaijan.

Our neighbours from now on will think twice and thrice, knowing that they will have to deal with allies of Greece that are committed and truly capable of confronting any military operation.

No one maintains that such agreements are sufficient to deter acts of war and hostile moves, yet they definitely have an impact, especially when alliances are expanded, as will happen in a few days with the reconfirmation of Greece’s strategic relationship with the US.

In that sense, everyone domestically must take a stance and clarify their position instead of wallowing in self-pity and engaging in groundless and guilt-ridden disputes. It is impermissible for any political party to reconcile itself with a prospective challenge to our national sovereignty.

In conclusion, in today’s unstable and rapidly transforming world, such bilateral – and to the extent possible binding – agreements are necessary, and obviously it is useful to further expand them.

This is for no reason other than protecting peace, the only thing that can guarantee progress and prosperity on both sides of the Aegean and the wider region.