The leaders said they welcome the mediation effort of EU foreign policy chief Josep Borrell and Germany to achieve a resumption of the dialogue between Greece and Turkey on the maritime zones issue. 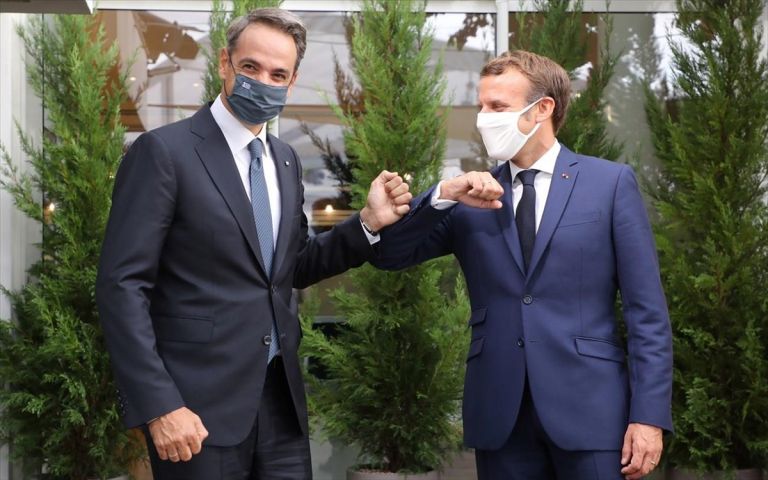 EU leaders who attended the Euro-Mediterranean MED7 Conference at Corsica reiterated their full support and solidarity with Greece and Cyprus in the face of repeated infringements on their sovereignty and sovereign rights, as well as confrontational actions by Turkey, read the conclusions of the Declaration of Ajaccio that was signed at the end of the conference late on Thursday.

In the text, the leaders of Greece, France, Italy, Spain, Portugal, Malta and Cyprus President Nicos Anastasiades say they call on all countries in the region to abide by International Law and by International Law of the Sea, and encourage all parties to resolve their differences through dialogue and negotiation.

They also said they welcome the mediation effort of High Representative of the EU for Foreign Affairs Josep Borrell and Germany to achieve a resumption of the dialogue between Greece and Turkey on the maritime zones issue.

The seven leaders, taking into account the conclusions of the recent European Council, said they regret that Turkey has not responded to the EU’s repeated calls to end its unilateral and illegal actions in the Eastern Mediterranean and the Aegean.

In addition, «we call on Turkey to respond to the invitation of the Government of Cyprus for delimitation negotiations in good faith, in full respect of International Law, as well as submitting the issue of delimitation of maritime boundaries to the International Court of Justice.»

«We reaffirm our determination to use all adequate means at the disposal of the European Union in response to these confrontational actions,» reads the text of conclusions, and continues that «in line with the latest Informal Meeting of EU Foreign Ministers (Gymnich), we agree to speed up work on the additional listings based on the proposals tabled so far, with a view to a rapid adoption.»

Finally, «we maintain that in absence of progress in engaging Turkey into a dialogue and unless it ends its unilateral activities, the EU is ready to develop a list of further restrictive measures that could be discussed at the European Council on September 24-25,» clarifies the Declaration of Ajaccio.