Prime Minister Alexis Tsipras in parliament today fended off criticism from both New Democracy and the KKE Greek Communist Party of a draft law making it more difficult for primary trade unions to declare strikes. 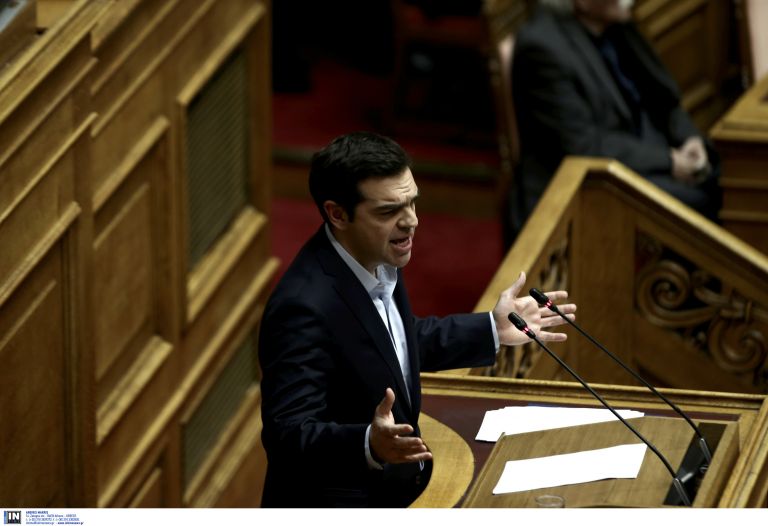 Prime Minister Alexis Tsipras in parliament today fended off criticism from both New Democracy and the KKE Greek Communist Party of a draft law making it more difficult for primary trade unions to declare strikes.

“2018 will be the landmark year of the country’s final transition to a new era. We are accomplishing this despite stubbornness of those who are at a loss, both to our right and to our left,” he said.

The PM asserted that his government waged a major battle to exclude from the agreement measures that would limit collective bargaining contracts, free up en masse layoffs, allow lock-outs by business owners, and allow trade unionists to be fired.

“We managed to bring back collective bargaining contracts, and we fended off lock-outs, and what was left? The only change was to raise the number of trade unionists required to have a quorum for declaring a strike,” he said, noting that absolute majority of dues paying members must be present, but that only a simple majority of those present can still declared a strike.

The PM said it is “absolutely false and unethical to say that the measure constitutes a blanket abolition of labour strikes, and that the government is implementing faithfully the demands of creditors and of the Hellenic Federation of Enterprises (SEV)”.

Tsipras blasted the KKE for the recent foray of its supporters at the labour ministry, when communist PAME trade unionists shouted at labour minister Effie Achtsioglou, and one protestors banged his hand on her desk, as he demanded that the draft law be withdrawn.

Regarding the cutbacks of family benefits, Tsipras said that only a small percentage of families with three or more children will suffer benefits cutbacks, and that the government in the next few months will find a way to make up for their losses. He said that 730,000 families will receive more family and children’s benefits than before.

“Mr. Mitsotakis predicted that the third bailout evaluation would not close. When the evaluation was completed, he said we will not meet any of the targets of the adjustment programme. Even though events belied him, he continued with the same charges, and when the second evaluation closed, he said it would bring a fourth one. When we went to the markets, and later when the third evaluation began, he assured us the delays would be so great that we could not complete the adjustment programme by August, 2018. When it became clear that the third evaluation is closing and interest rates on our borrowing are going down, he continued with the same arguments,” Tsipras said of main opposition leader Kyriakos Mitsotakis.