Papadopoulos in May, 2016, over drinks in London, revealed to the Australian Ambassador to the UK, Alexander Downer that ‘Russia had political dirt on Hillary Clinton’. 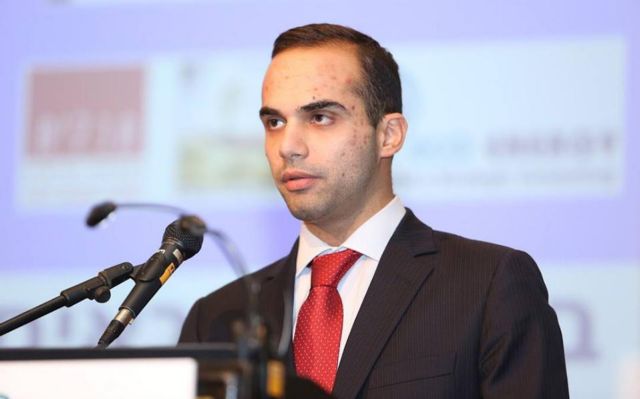 In a lengthy expose published by the New York Times, it appears that former Trump advisor George Papadopoulos’ loose lips played a central role in triggering the FBI investigation into Trump-Russia.

According to the report, entitled How the Russia Inquiry Began: A Campaign Aide, Drinks and Talk of Political Dirt, Papadopoulos in May, 2016, over drinks in London revealed to the Australian Ambassador to the UK, Alexander Downer that “Russia had political dirt on Hillary Clinton».

It was only two months later that Australian officials passed the information on to their American counterparts, but the reasons for the delay are unclear.

The revelation that a Trump campaign member may have had inside information about Russian hacking triggered the FBI probe.

Describing Papadopoulos as “the improbable match that set off a blaze” in the Trump administration, and as “brash, boastful, and underqualified”, the report cites new documents and interviews showing that the young Greek-American remained influential in the campaign as late as two months before the US presidential election.

One clear indication cited is that Papadopoulos arranged a meeting between Trump and Egyptian President Abdel Fattah el-Sisi, on the sidelines of the UN General Assembly meeting in New York, in September, 2016.

“Interviews and previously undisclosed documents show that Mr. Papadopoulos played a critical role in this drama and reveal a Russian operation that was more aggressive and widespread than previously known,” the report states.

In March, 2016, Papadopoulos met a Maltese professor named Joseph Mifsud, “who had valuable contacts” at the Russian foreign ministry.

It was Mifsud who introduced Papadopoulos to the alleged niece of Vladimir Putin, Olga Polonskaya, and also to Ivan Timofeev, programme director of a discussion club that meets annually with Vladimir Putin.

At the first meeting of Trump’s foreign policy team, in late March, 2016, Papadopoulos said he had the contacts to set up a Trump-Putin meeting. Trump referred the matter to Senator Jeff Sessions, now US Attorney General, who did not reveal the conversation in testimony before Congress, and later claimed he had forgotten it.

“Mr. Papadopoulos was trusted enough to edit the outline of Mr. Trump’s first major foreign policy speech on April 27, an address in which the candidate said it was possible to improve relations with Russia. Mr. Papadopoulos flagged the speech to his newfound Russia contacts, telling Mr. Timofeev that it should be taken as “the signal to meet”, the report says.

The NYT report clearly reveals the dangerous audacity of the young campaign advisor, which went as far as to imperil relations with the closest ally of the US.

“In a May 4, 2016, interview with The Times of London, Mr. Papadopoulos called on Prime Minister David Cameron to apologize to Mr. Trump for criticizing his remarks on Muslims as “stupid” and divisive. “Say sorry to Trump or risk special relationship, Cameron told,” the headline read.

“He was hardly central to the daily running of the Trump campaign, yet Mr. Papadopoulos continuously found ways to make himself useful to senior Trump advisers,” the NYT report says, citing Papadopoulos success in setting up the Trump-Sisi meeting.

“After days of scheduling discussions, the meeting was set and Mr. Papadopoulos sent a list of talking points to Mr. Bannon, according to people familiar with those interactions. Asked about his contacts with Mr. Papadopoulos, Mr. Bannon declined to comment.”