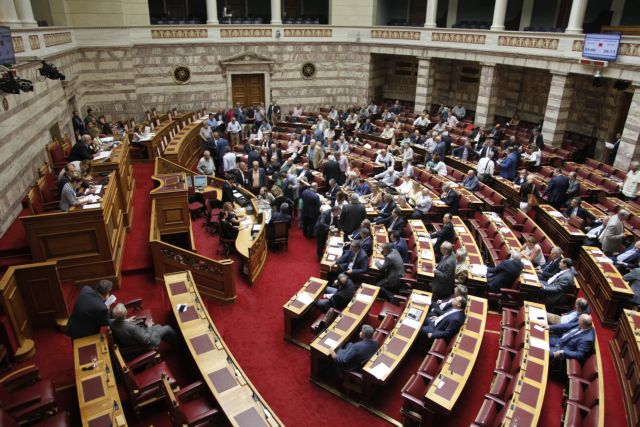 The much-debated reform of the electoral system is scheduled to begin in Parliament on Thursday, with all reports suggesting that the coalition government and main opposition parties will fight bitterly.

In order for the coalition government proposal to be applied to the next general elections, 200 MPs will need to support to bill. At present though it does not appear that the coalition government can achieve its goal, since New Democracy, PASOK, the River and the Communist Party have – to varying degrees – expressed their intention to vote against the bill.

Currently the government is banking on support from the Union of Centrists, the Democratic Left and independent MPs. However, even if Golden Dawn were to support the reform, it does not seem enough to pass the bill with the required increased majority.

As such, the government is considering introducing changes that may sway opposition MPs, primarily from PASOK, such as breaking down the larger constituencies and giving voting rights to Greek expatriates. Interior Minister Panagiotis Kouroumplis stated on RealFM that these two initiatives could be introduced in a separate move.

Given that the Union of Centrists opposes the breaking up of larger constituencies, this may prove to be problematic and cause a further ‘leak’. In any case, a bitter battle will be fought in Parliament for the next two weeks, until the vote takes place on the 20th of July.