Fierce clash in Parliament over prior actions bill ahead of vote

The coalition government and opposition parties clashed in Parliament on Monday over the latest bill of prior actions, which will… 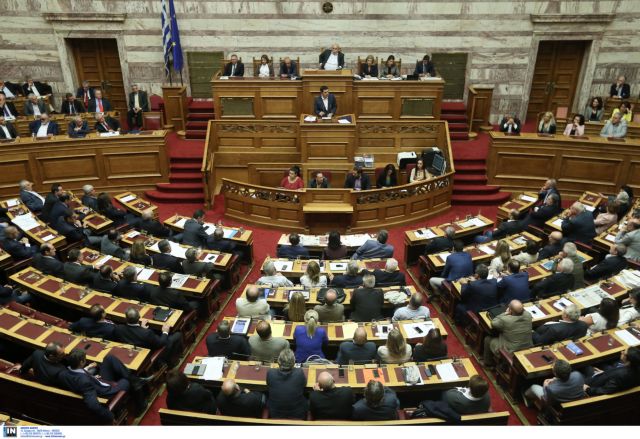 The coalition government and opposition parties clashed in Parliament on Monday over the latest bill of prior actions, which will be put to the test on Tuesday with a vote. Passing the legislative bill will essentially unlock a 1 billion euro tranche from Europe.

Tensions peaked during the debate in Parliament when the Ministers of Finances Euclid Tsakalotos and Economy Giorgos Stathakis were questioned over a number of provisions that are not required as prior actions by the country’s creditors. The opposition also questioned the government on the ADMIE privatization and new privatization fund, with Mr. Stathakis responding that the relevant amendments will follow «in due time«.

The management of non-performing loans and the new payroll in the public sector were also a source of tension in Parliament, with Mr. Stathakis underlining that the government is determined to address the loan situation with the greatest possible degree of social awareness. The Minister of Transport Christos Spirtzis butted heads with New Democracy’s Kostas Hatzidakis over public works.

Watch the debate and vote in Parliament live