Negotiations on prior actions list enter their final stretch 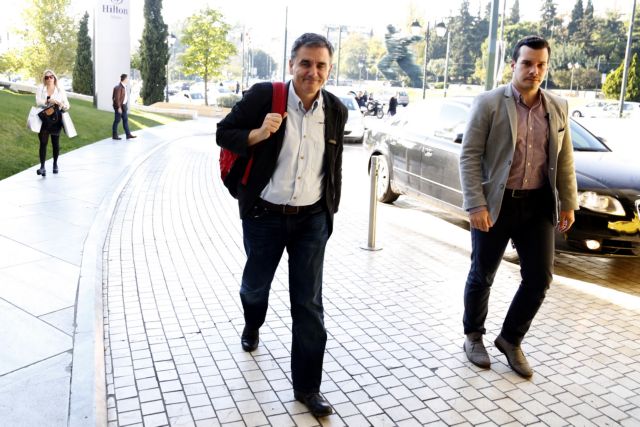 The negotiations between the Greek government and the institutions on the list of prior actions that must be agreed to in exchange for further financial support from its creditors continue on Thursday. The creditors are set to depart from Athens on Friday and should everything go ahead as planned, the next 1-billion-euro tranche will be disbursed by the 18th of December.

The institutions will meet Minister of Finances Euclid Tsakalotos to discuss the new privatization fund to replace TAIPED, followed by meetings with the Minister of Economy Giorgos Stathakis on non-performing loans and the Minister of Labor Giorgos Katrougalos on the critical pension system reform.

According to the institutions – the European Commission, European Central Bank, European Support Mechanism and the International Monetary Fund – all non-performing loans, except those for primary residences, must be up for sale, with the Greek side wanting to exempt all housing, consumer and SME loans up to 1 million euros. The creditors appear to have agreed upon the sale of business loans, with the rest to be debated later in January.

Meanwhile, sources from the Ministry of Energy reveal that the two sides appear to be close to an agreement on the independent power transmission operator ADMIE, following Wednesday’s meeting. The sources note that the Greek proposal for 51% of the company remaining in public hands, with the other 49% being privatized has been accepted. There is a difference of opinion on the company’s management though, with the creditors favoring private administration.

Other unresolved issues include the introduction of a single payroll in the public sector, with the creditors wanting to include productivity into the salary equation, rather than just the years of service.

Finally, the structure of the new privatization fund and its financial targets must be agreed upon by the end of the year. Although the fund was initially intended to generate 50 billion euros, as stipulated in the third bailout agreement, the fact that the recent bank recapitalization required far less financing has prompted talks as to whether lesser targets are set for the new fund.