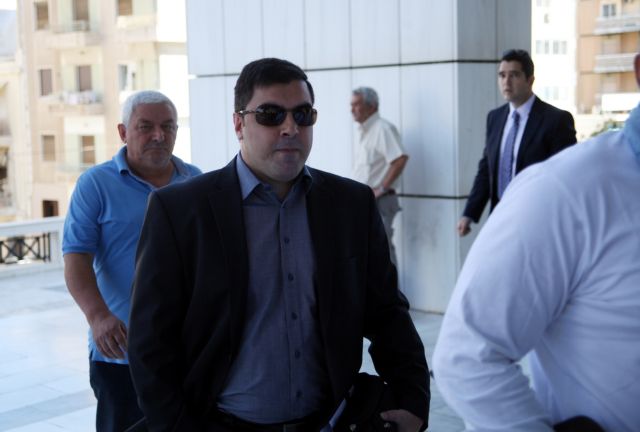 Golden Dawn’s Artemis Mattheopoulos is the latest MP of the neo-Nazi party to be detained until he faces trial for joining and directing a criminal organization.

Mattheopoulos was summoned by investigative judges Ioanna Klapa and Maria Dimitropoulou to submit a deposition related to the felony charges of joining and directing a criminal organization. The MP denied the charges, claimed that his party is not a criminal organization and that he is the victim of political persecution.

The two judges were not convinced by Mattheopoulos’ arguments, who also refused to answer any questions, and decided to detain him as he is a member of the party’s Political Council and as such he is suspect of committing further crimes.

Furthermore, the Appeal Council is expected to decide on the penal treatment of MP Eleni Zaroulia, wife of party leader Nikos Michaloliakos, who is currently under house arrest. After she submitted her deposition, the judges and prosecutor disagreed as to whether she should be detained in prison.