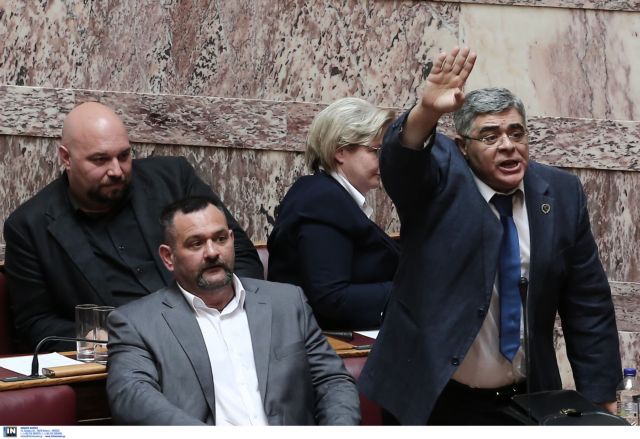 The Appeal Council has rejected the motion of Nikos Michaloliakos to exempt the prosecutors handling the investigation of the Golden Dawn case. Michaloliakos’ legal action essentially delayed proceedings, as the MPs of the neo-Nazi MPs refused to submit their depositions with the motion pending.

After the Appeal Council ruling however, the MPs will have to testify in relation the felony charges brought against them, which includes that of forming and directing a criminal organization.

Michaloliakos’ wife MP Eleni Zaroulia and Kostas Barbarousis are now scheduled to testify on Wednesday, followed by Polyvios Zisimopoulos on Friday and Artemis Mattheopoulos on the 30th of June.