Golden Dawn MP Zaroulia to testify on 24th of June

Two MPs of the neo-Nazi Golden Dawn party, Eleni Zaroulia and Giorgos Germenis, are scheduled to testify today in relation to felony… 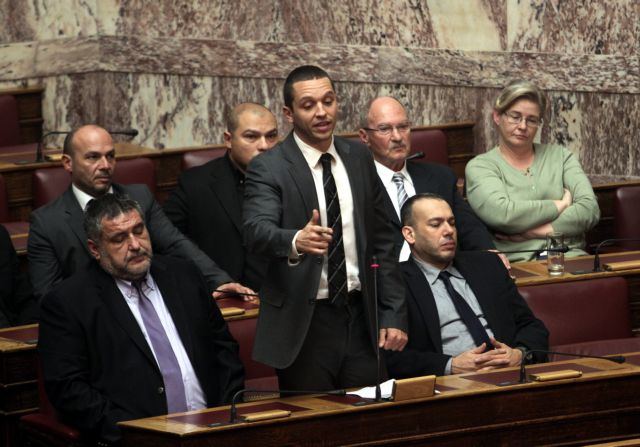 Two MPs of the neo-Nazi Golden Dawn party, Eleni Zaroulia and Giorgos Germenis, were scheduled to testify today in relation to felony charges of joining and directing a criminal organization.

Of the two, only the detained MP Germenis testified in relation to aggravated weapon use and possession with intent to supply a criminal organization. The investigating judges accepted Germenis’ plea that the bullets found in his apartment were from a legitimate shooting range, which he claims he intended to return, and allowed bail.

Zaroulia was initially scheduled to testify on Monday, but due to her lawyer being unable to attend proceedings, she was given a one-day extension and will face the investigative judges at noon. Zaroulia is considered to be one of the neo-Nazi party’s “official voices” and had a prominent position in the party due to her marriage to party leader Nikos Michaloliakos.

However, Michaloliakos launched an appeal from his prison cell, requesting that judges handling the case be exempt, in an effort to further delay the investigation process. As such, Zaroulia refused to answer questions and was rescheduled to testify on the 24th of June.

The latest delay strategy of the neo-Nazi party leader has caused some concern amongst judicial circles in relation to the 18-month detention period.