Venizelos claims there is “no rush” for upcoming cabinet reshuffle 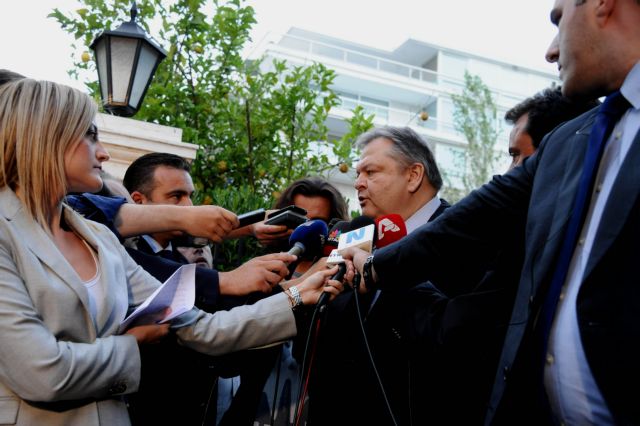 The Government Vice President Evangelos Venizelos confirmed rumors of a future cabinet reshuffle, after his Thursday-evening meeting with the Prime Minister Antonis Samaras. Mr. Venizelos did not, however, hint as to when this would take place.

In their one-and-a-half-hour meeting the two leaders agreed upon the need for changes in the ministerial council and that they must be carried out with calm and care, as there is no rush. Due to the upcoming informal council meetings with EU ministers though, the reshuffle will likely take place after the next two to three weeks.

Aside from changes to the ministerial council though, Samaras and Venizelos agreed to implement changes to the management of state organizations, in an effort to give an impression of changes based on merit.

Furthermore, the two discussed the possibility of gradually reducing all tax rates based on fiscal goals, assisting taxpayers with debt settlements towards the State and funds, reducing penalties for financially vulnerable debtors and expanding criteria for the social solidarity pensioner’s benefit (EKAS).

The European election results were also discussed, with the Prime Minister and VP agreeing that they must preserve the climate of political stability at all costs, to expedite government projects and to take a series of corrective initiatives to reverse injustices. The two also updated each other on their recent meetings with European leaders.