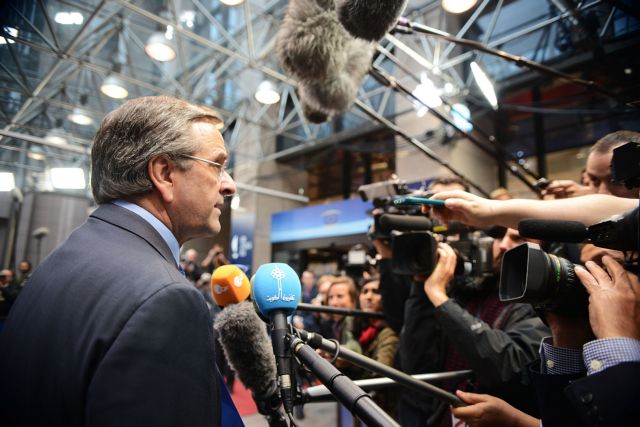 The Prime Minister Antonis Samaras met with the European Commissioner for Energy Günther Oettinger in Brussels on Wednesday morning and discussed, among others, energy security in Europe. Mr. Samaras was accompanied by his Minister of Environment Yannis Maniatis.

The main point of the meeting was the interconnectivity of the various European energy networks, especially those in the European south eastern countries such as Greece, Bulgaria and Romania with those of the “Visegrád Group” – Czech Republic, Hungary, Poland and Slovakia. The surveys for oil and natural gas in Greece, Cyprus and Israel were also discussed.

Additionally the two sides discussed the coalition government’s plans to privatize DESFA, as well as privatizations in the European energy market at large. Mr. Samaras was reportedly interested in developing the interconnectivity of existing networks.