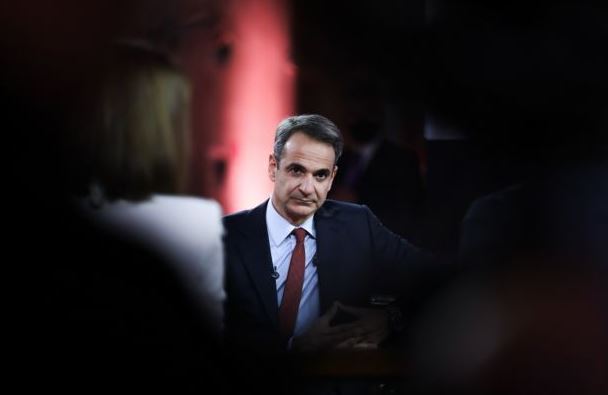 Kyriakos Mitsotakis suddenly inaugurated a period of intense and multidimensional political processes in all parties, with his public intervention last week. By setting the timing of the elections at the end of the spring of 2023 and turning to his strategy, and opening the window for co-operative governments, the Prime Minister essentially changed the political landscape overnight.

“The goal is stability, not autonomy. “The goal is the ability to make decisions quickly and to be able to deal effectively with crises, because crises, unfortunately, I am afraid will be a reality that will be with us,” said Kyriakos Mitsotakis, speaking on Tuesday at the OT Forum and added “Beyond that, the people will eventually tell us whether the country will be governed by one party or by more than one party. What is certain is that the country will be governed in one way or another. But that is not our decision.”

This intervention immediately provoked a chain reaction of other parties, which hurried to interpret it, either talking about defeatism, or rejecting from the outset the possibilities of cooperation. In reality, however, this is a “radical change of strategy for Mr. Mitsotakis, which moves from the logic and rhetoric of autonomy to the logic of stability, even with allied governments,” as Evangelos Venizelos noted from the same step a day later.

According to the former deputy prime minister, the strategic choice of the Prime Minister “automatically affects the strategy of the other parties, because the others can not rest on their laurels that New Democracy will claim all its power and only autonomy. So the word cooperation, allied government, means other responsibilities for the rest, because they must be able to give answers, even after the second election.”

The dual purpose of the turn

The real political pursuit of the Prime Minister, which is now described and served by the government, will unfold in the run-up to the elections. On a first level, however, it has already had visible results.

The pressure towards KINAL is a given and is also admitted by circles within the PM’s office. Under his new leadership and as he is called to keep alive the sense of his recovery at the polls the party is forced to make adjustments, while being challenged to position itself in terms of the country’s strategic directions and to redraw the dividing lines vis-à-vis the government and – mainly – SYRIZA .

At the same time, however, the move of the Prime Minister is evaluated as a legacy in view towards what will happen in the electoral bout. Playing the card of stability and without giving up the pursuit of autonomy, Kyriakos Mitsotakis in fact, from today, shifts the political responsibility for lifting any impasse, after the first elections of spring 2023, to whichever parties prefer petty party benefits over stability and governance. According to what political divs already estimate, this tactic is equivalent to registering a political mortgage in view of the second ballot box, which in the end may have a beneficial effect on the electoral percentage of ND, if the prevailing reasoning is that a period of political liquidity and uncertainty should be avoided.

At the same time, however, government sources confirm that Kyriakos Mitsotakis’ choice to determine the timing of the elections was also addressed within the government. Knowing the climate in the Central Committee and in some ministerial offices, where the early elections were almost discounted, the PM’s office wanted to tell everyone that they must return to their duties and the implementation of the government project.

The new status quo in the country’s political landscape, however, poses great challenges to the government. Developments on the front of high prices, with inflation soaring to 8% in March, seem uncontrollable in the current circumstances and the political implications of the phenomenon are already visible in opinion polls. The erosion of the government is accelerating, mainly with signs of dissatisfaction in terms of the quality data, while at the same time tendencies of strengthening of the populist forces and the extreme Right, i.e. the “traditional” beneficiaries of discomfort of certain groups of citizens.

The phenomenon is closely monitored by PM’s office and the Prime Minister’s interlocutors do not hide their concern about this development, in the event that the current climate is extended, especially if it is consolidated. In this light, the time until the elections will not be a piece of cake for the government.

An indication of the concern in political circles was the abhorrence of the speech of Parliament Speaker Costas Tasoulas during the conference of the Speakers of the EU Parliaments last week: “The West must also support societies from the economic point of view, the effects of the war, especially inflation. Not with simple bridges anymore, but with targeted economic measures. Populism should not flare up in the West because of food shortages and inflation. That kind of populism will work as Putin’s 5th column! ” noted the Speaker of Parliament.

The new political parameters and the prolonged uncertainty due to the ongoing war in Ukraine transfer the pressure to the government’s financial staff and the search for effective interventions.

The final increase of the minimum wage percentage is expected in the coming weeks, which will take effect from May 1, while the Prime Minister has already announced new initiatives in the field of housing. At the OT Forum the PM spoke about a housing policy for young people, while during his meeting with the President of the Republic Katerina Sakellaropoulou on Friday he noted: “Our mind is first and foremost on those with low wages and low pensions, we must support them, especially the people who live in rent who do not have the ability to have at least the security of personal property, we must support them.”

According to information, the plan the government is working on will provide incentives for the development and return of shuttered properties and apartments to the market, targeted rent subsidies for specific categories of citizens and other interventions, aimed, on the one hand, to compensate for the high cost of living and, on the other hand, the de-escalation of rents.

However, the government is currently rejecting a reduction in VAT, even on some goods. The Prime Minister himself stated that it is a weapon in the quiver of the government. However, government sources emphatically tried to thwart the expectation, which was rekindled by statements by Deputy Interior Minister Stelios Petsas, who on Friday discounted that VAT cuts on food or other goods were expected soon.

Scenarios for reorganization are on the table

Following the seemingly definitive cancellation of the scenarios for early elections, the issue of changes in the government has reappeared in the political debate, as it is considered that the Prime Minister will seek a time when he will decide to reform the cabinet with which will go to the polls. The fields of interventions have not been identified yet, however the gossip is strong for some people. Among them is the former MP and minister of PASOK Giannis Maniatis for the portfolio of Energy, given his experience and training on the subject. The fact that the distances of the center-left politician from the new leadership of KINAL are large and rather final, probably facilitates the decisions for his utilization. However, government sources do not deny that the opinions about Giannis Maniatis at Maximos Mansion are positive and that his public interventions are being followed with interest. He declined to comment on rumors of his joining the government.

Opening a front in Education

The new political period, as defined by the recent interventions of the Prime Minister, is beginning with the government appearing determined to catch the thread of reforms again or even to open fronts. A first indication is the bill of the Ministry of Education for the reform of Higher Education, which was presented at the last cabinet meeting. This includes provisions that are expected to provoke reactions, either on the trade union or political level. Some significant examples include the interventions for the recognition of foreign degrees but also the change of the way of election of the rectory authorities, with the abolition of the current election procedures.

The proposal is anticipated to meet with the refusal of the opposition and a portion of the academics who are close to it, as well as some party officials within New Democracy and the government.