Greece meets target of 200,000 vaccinations for month of January

Pfizer and AstraZeneca, from which the EU has ordere the largest number of vaccines, have stated that the Union’s delay in placing the order is in large measure the reason for the delays. 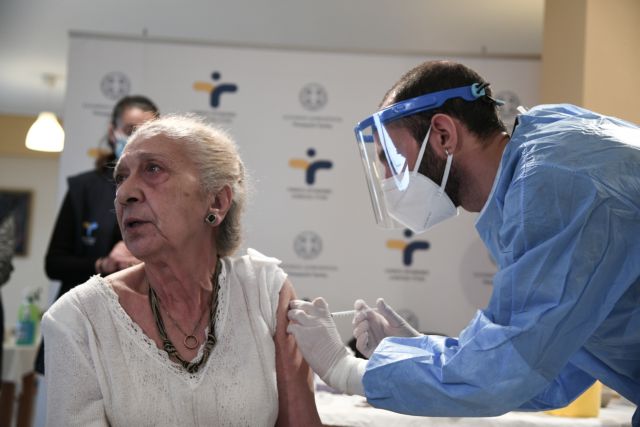 Greece has met its target of vaccinating 200,000 vaccinations for the month of January.

The government announced the news even as opposition parties are criticisin it for delays, while both Athens and other EU countries are blaming the pharmaceitical company Pfizer for substantial delays in deliveries.

On 29 December then government spokesman Stelios Petsas announced that Greece would receive 429,000 does of the vaccine by the end of January and a total of 25 million by the end of June, all part of the original EU distribution plan.

The European Commission over recent days has lashed out at the companies and is demanding that they honour the terms of their contract the terms of which, however, have not been made public to date.

Brussels has gone as far as threatening to ban the export of vaccines produced within the EU.

Pfizer and AstraZeneca, from which the EU had ordered the largest number of vaccines last summe, have stated that the Union’s delay in placing the order is in large measure the reason for the delays, though they have also cited productio9n problems.

According to the new data 2,05 pct of the Greek population have been vaccinated.

The process is expected to speed up greatly with the arrival of hundreds of thousands of vaccines in February and March, including a large batch of Moderna’s vaccine.